Turner Prize-nominated photographer and painter Richard Billingham was fêted by the art establishment for his series of images detailing his own parents – Ray and Liz – which was displayed as part of the 1997 “Sensation” exhibition, a who’s-who showcase of young British artists. Billingham’s photos in this exhibition and those from his 1996 photographic book, Ray’s a Laugh, depict the Cradley Heath council estate on the outskirts of Birmingham, where he grew up. The photos feature his alcoholic father, Ray, and his tattooed mother, Liz, in everyday situations.

For his debut film, Ray & Liz [+see also:
trailer
interview: Richard Billingham
film profile], which is playing in competition at the Locarno Film Festival, Billingham has returned home and created a story about bullying, domestic abuse and alcoholism that flits back and forth in time, between Ray living virtually bedridden, alone in a tower block in 1990, and a period a decade or so earlier when he lived with his tough, tattooed wife and their children.

Some detractors of Billingham’s photographs accused the artist of voyeurism and sensationalism in the depiction of Thatcher-era Britain, and there is a certain degree of miserabilism in this drama, which is dour even by the standards of British kitchen-sink dramas. Shot by DoP Daniel Landin (Sexy Beast), the first image is of a fly, but it’s unlikely that anyone would want to be a fly on the wall in Ray’s flat, with its peeling wallpaper and creaking furniture. Ray (played in his elder guise by Patrick Romer) drinks home brew from bottles brought to him by his neighbour Sid (Richard Ashton), and the moroseness of the proceedings is not even punctuated by the swing back in time to another equally squalid-looking house, this time as full of people as the other was empty.

Here, Ray (Justin Sallinger) is also a bystander in this story, whereas it’s Liz (Ella Smith) and Ray’s slow brother Lol (Tony Way) that take centre stage, alongside the alcohol that Liz has bought with Ray’s redundancy money. Things go from bad to worse when young, music-loving hoodlum Will (Sam Gittens), whose denim jacket seems to inform the soundtrack, decides to frame Lol and hand a knife to a child. But Will is an underdeveloped character, despite his denim jacket name-checking rock bands and having love and hate tattooed on his knuckles à la Robert Mitchum in The Night of the Hunter.

The only ray of happiness in all of this dourness comes through in scenes in which the youngest child, Jason, escapes the nightmare home. His parents are not too bothered by his deciding not to return home after a friend’s barbecue and sleeping rough, with Liz seeing him in a park and bellowing at her son, “The coppers have been looking for you!” The bad parenting is matched by a scene showing Jason at his friend’s house making toast on a fire, which has a rather loaded choice of music on the soundtrack: Musical Youth’s “Pass the Dutchie” is heard just before we see a black character for the first time in the movie, but while there seem to be no drugs apart from alcohol in the film, it seems an odd and unnecessary connection to make.

It’s an austere, autobiographical movie full of good performances and an overpowering sense of how a bad relationship, or a domineering parent, can create misery, but the pacing is sometimes wanting, and outside of Ray and Liz, the characters don’t manage to stick or create a sense of empathy.

Ray & Liz was produced by the UK’s Primitive Film and Rapid Eye Movies, and France’s Luxbox is taking care of its international sales.

“I see this film a little bit as a love story”

The winners of the 16th edition of Armenia's biggest festival include Beanpole, Horizon and Midnight Traveler, while Carlos Reygadas was honoured with the Parajanov's Thaler Award 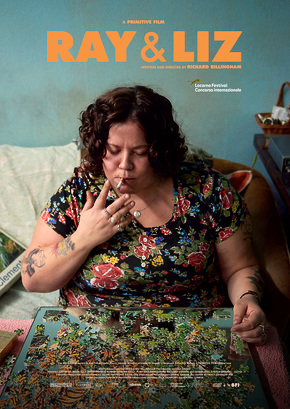 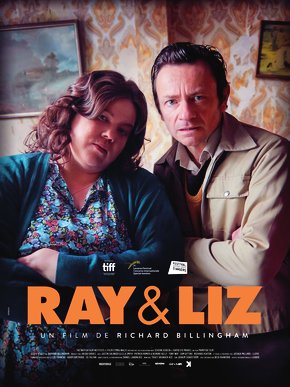