Review: What Doesn't Kill Us

Max, a divorced father with two teenage children, tries to survive his hectic lifestyle thanks to the support of his ex-wife, who is also his best friend. His second home is his psychotherapy study, where he welcomes patients who are gripped by mania and existential doubts that have brought them to the brink. Accompanying him in his adventures is a dog, which seems to embody his more emotional and secretive side, expressing (who says that animals can't?) everything he is unable or no longer wants to express. Max isn't in need of new challenges, instead he’s in dire need of some healthy relaxation. But life often brings us unexpected surprises and one day Sophie, a compulsive gambler with a boyfriend problem, shows up at his studio and turns his world upside down. Love appears to have come knocking, but how best to deal with it? How best to remain professional when feelings take over? How should he go about helping someone without denying the truth? Battling between his heart and professional conscience, all Max can do is save those who need saving while searching for an emotional balance that is perpetually on the edge of toppling over.

The film's opening scene, which shows a kennel full of animals locked up in small cages, seems to summarise the behavior of the characters in What Doesn't Kill Us, with the animals often acting as unconscious projectors of the characters’ lives. A self-imposed prison, however, which would be easy enough to escape from, but which has become a reassuring refuge over the years.

The characters that populate Sandra Nettelbeck’s film are no longer able to face the daily lives they feel unable to control. How do you manage your emotions when you’re teetering on the edge, fully exposed to life’s ups and downs? In this sense, Max's studio becomes a sort of nerve centre and rescue anchor for their existence, a sort of decompression chamber before they finally come up for air. The events and adventures of the characters in What Doesn't Kill Us intertwine in his study, nourishing each other as if life itself depended on it. Will they find the courage to face the burdens of the past and present, which weigh down on their shoulders?

What Doesn't Kill Us manages to masterfully avoid the trap of melodrama thanks to a plethora of brilliant and touching characters (and excellent actors) who transport us into their world of love, psychoses but also hope for a future, in which everything seems miraculously simpler. In short, a sort of group therapy where the watchword is letting go, without fear of ridicule.

more about: What Doesn't Kill Us

Review: What Doesn't Kill Us 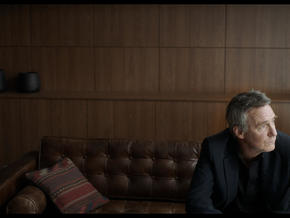