Review: With the Wind

07/08/2018 - LOCARNO 2018: Swiss director Bettina Oberli touches down in the Locarno Film Festival's Piazza Grande with her new film, a light breath of air that turns into a tornado

Mélanie Thierry in With the Wind

Mélanie Thierry, the ethereal protagonist of With the Wind [+see also:
trailer
interview: Bettina Oberli
film profile] by Bettina Oberli (screened on the Piazza Grande at Locarno Film Festival), embraces a film that fits her perfectly. She manages to breathe life, with sincerity, into emotions that are not normally part of the characters she plays: pragmatic and devoted to a grandiose and capricious nature.

The pragmatism necessary to survive a hard life dominated by work (in the stalls and in fields), as well as a necessary routine, often prevents feelings from being expressed, which threaten to disturb a painstakingly constructed balance. The wind that overwhelms Pauline, the protagonist in With the Wind, is a wind that no one before her has previously had the courage to face, uncontrollable and capricious, constructive and destructive, overwhelming, just like nature itself.

In the eye of the storm and at the same time nestled in the womb of the earth, Pauline must rebuild an identity, she must give the nature that surrounds her the joy that it seems to have forgotten to possess. A metaphor for Switzerland, too, With the Wind reveals the ambiguity that characterises a conflicted nation, imprisoned in its own pragmatism, fearful of its emotions, which are often considered as a potential disturbance to its postcard-like tranquility.

In her film, Bettina Oberli compares three very different but complementary characters: Alex, a young idealist farmer who believes that the independence given to him by the wind turbine blades, which he is installing in a field, represents a final solution; Pauline, his partner who shares his concerns and bioethical views; and finally, Samuel, the foreign engineer, globetrotter and hedonist who infiltrates the microcosm of Pauline and Alex’s world during their wind power project. The meeting between the three gives life to a mechanism that none of them will be able to stop, as if each of them possess what the other is missing, the part of one’s self that they’ve not yet wanted or been able to explore.

Even if Samuel represents an evident opening towards an unknown but terribly attractive world for Pauline, which is deliberately dangled in front of her at a distance, the attraction also develops, and somewhat less predictably in the other direction, too. Because Pauline represents a reassuring but utopian alternative for the casual visitor to a freely chosen risky life. In short, each character represents for the other the image of what might have been. A seductive and dangerous alter ego that gives life to a wind that is both stormy and refreshing.

What makes With the Wind particularly interesting is the fact that the triangular relationship between Pauline, Samuel and Alex is not the detonating plot point in the story. What really matters, the pivot around which the film turns, is Pauline and her need to express her personality without following the path taken by others, such as Samuel and Alex. A sincere portrait of a woman who is so much more modern than we might have expected.

Produced by Rita Productions (Switzerland), Silex Films (France) and Versus Production (Belgium), With the Wind is being sold internationally by Be for Films.

more about: With the Wind

"You can get lost in its idealism, almost as if it were a religion"

LOCARNO 2018: We met up with Swiss filmmaker Bettina Oberli on the occasion of the screening of her latest film, With the Wind, in the Piazza Grande 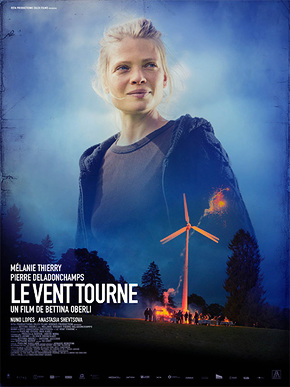 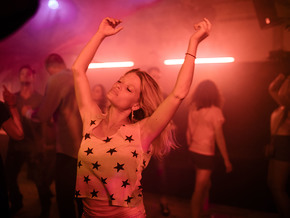 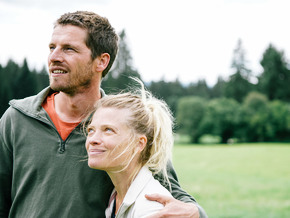 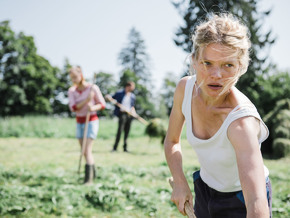 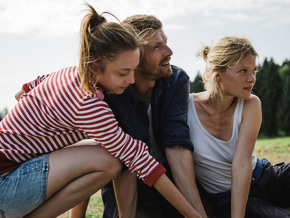