Starring a brilliant cast, including two cornerstones of Italian cinema: Diego Abatantuono and Sandra Milo, Denis Rabaglia’s My Beloved Enemy [+see also:
trailer
making of
film profile], screened on the Piazza Grande at the Locarno Film Festival, plays with different genres (thriller and comedy), creating a hybrid that could be defined (as suggested by the director himself) as an Italian "black comedy."

The story – which comes from an anecdote told to Denis Rabaglia by the Polish director Krzysztof Zanussi over dinner one evening – begins on a rainy evening, when Professor Enzo Stefanelli (Abatantuono) calls 999 after finding a young man lying by the side of the road with a gunshot wound (the ambiguous and enigmatic Antonio Folletto). In exchange for his help, the man, who turns out to be a professional hitman, offers, in no uncertain terms, to kill his arch enemy.

Although Enzo politely refuses the proposal, the hitman doesn’t give up and decides to infiltrate the professor's family network by seducing his goddaughter in order to find the intruder that must be eliminated. His presence causes quite a stir in Enzo's life, who gradually starts to question his certainties and begins to observe his life with more clarity. Potential enemies seem to crop up like mushrooms, exposing a web of innocently woven lies. What if we did all have an enemy that needed eliminating? And what if said enemy were hiding in plain sight, in our most intimate sphere of family and friends, among the people we love? The film cleverly ponders these questions without losing sight of its entertaining purpose.

"The story could be true, but only up to a point. It is a story that could happen to anyone; you look at it and up to a certain point, you believe it. On the other hand, cinema must tell unique stories, otherwise it's a bore," says Abatantuono, with his distinct frankness. An ability to keep a balance between likelihood and exaggeration that ensures that A Beloved Enemy doesn’t get lost in a maze of easy laughs.

The characters that populate the film are extreme in their authenticity: prototypes of many fellow Italians, imprisoned in a daily life that they are so comfortable with that they no longer question anything. There’s no point in denying that A Beloved Enemy brought a smile to its audience's faces, even some of the more discerning viewers, who might expect to see a more complex film on the Piazza. Yet it is reassuring to think that the Italian language is still able to create comedies that claim their status without having to resort to convenient shortcuts.

There’s no doubt that the genius of Abatantuono's jokes (co-writer of the film's screenplay) and Milo's shocking naïveté play an important role in the success of a nice but not overly obvious film, inhabited by a Moretti-style madness, but also a somewhat Fellini-esque nostalgia. We must give Denis Rabaglia the recognition he deserves for having been able to encourage his actors in the right direction.

more about: My Beloved Enemy

Filming kicks off on My Beloved Enemy 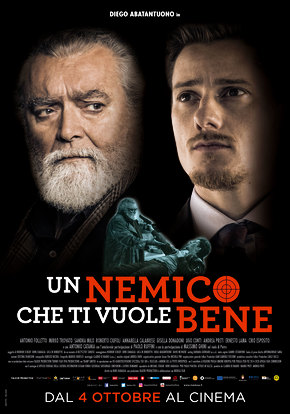 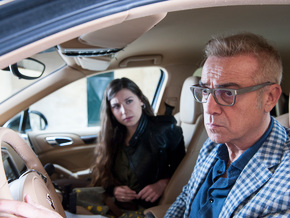 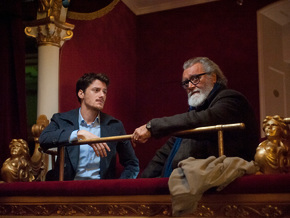