Following his Berlinale-awarded If I Want to Whistle, I Whistle [+see also:
film review
trailer
interview: Ada Condeescu
film profile] (2010) and Box [+see also:
film review
trailer
film profile] (2015), Romanian director Florin Şerban brings us a drastic change of scenery, but not of sentiment: his third feature, Love 1: Dog [+see also:
trailer
interview: Florin Şerban
film profile], which was shown in the official competition at the Sarajevo Film Festival, explores a new, difficult, unpredictable relationship between a man and a woman. The film won the Cineuropa Award and the CICAE Award (see the news).

Traditionally, Romanian cinema is eminently urban, but this is not the case with Love 1: Dog. From the very first frame, we sense that the entire film will be set in the wilderness of the Romanian mountains. The protagonist, Simion (an excellent Valeriu Andriuţă), is a ranger who lives in a secluded log cabin, accompanied only by a nameless dog and a donkey. His quiet life is turned upside down when, during one of his long walks into the forest, he encounters a badly beaten, unconscious woman. We soon find out that her name is Irina (a mysterious Cosmina Stratan) and that the tight-lipped, almost morose, Simion will develop a fascination for her.

Love 1: Dog is indeed a very rare film in the rather bleak, emotionally reserved territory of Romanian cinema. It is Şerban’s third film in which a crisis may bring a man and a woman together – or at least in which a man is deeply changed by the presence of a woman. Following George Piştereanu’s young perp Silviu in If I Want to Whistle, I Whistle and Rafael Florea’s troubled boxer Rafael in Box, Andriuţă’s Simion will dive into the troubled waters of attraction, where one can find happiness and passion, but where one can also lose one's mind.

After their very different dynamic in Cristian Mungiu’s Beyond the Hills [+see also:
film review
trailer
interview: Cosmina Stratan
interview: Cristian Mungiu
interview: Cristian Mungiu
interview: Cristian Mungiu
film profile], where they played the priest and the young nun whose serene life at a monastery is disrupted by an outsider, Andriuţă and Stratan are more than watchable in Love 1: Dog: they simply suck the audience into their “reluctant Adam meets reluctant Eve” type of relationship. The screenplay, written by Şerban, is so mysterious with its minimal details about Irina’s past and what made her cross Simion’s path that the audience may become frustrated. If the directorial approach had not been so straightforward, one might even have thought that Irina doesn’t exist, that she is only a figment of Simion’s imagination, brought to life by the ranger’s extreme solitude.

In such a minimalistic setting, it is amazing how Şerban can talk about attraction, but can also manage to include tension and humour. After he finds Irina, Simion will start to investigate who attacked her, an inquiry that brings to mind obvious western tropes, and which is simultaneously endearing, awkward, frightening and funny. A conversation about the very different worlds that the two protagonists come from underlines the fact that Simion has been conceived as a hermit, an innocent sage who must face temptation. The fact that DoP Marcin Koszalka’s camera starts moving and the strings in Pauchi Sasaki’s score start to play only after Simion and Irina’s fateful encounter is suggestive of the cataclysm this encounter causes in Simion’s life.

Love 1: Dog was produced by Fantascope in co-production with Harine Films (Poland).

“I am a teenager who, in many respects, refuses to grow up”

When one shoots in wild locations, one must be prepared, says Romanian director Florin Şerban, whose Love 1: Dog was screened in competition at Sarajevo

Florin Şerban in post-production with his third feature, Love 1: Dog 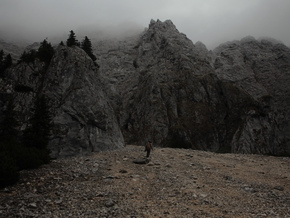 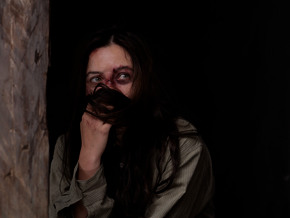 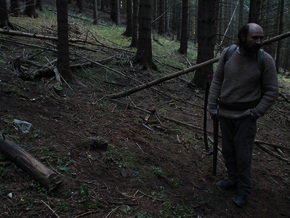 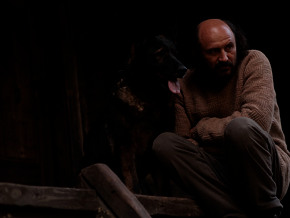