02/09/2018 - VENICE 2018: After the award-winning Far From Men, David Oelhoffen is back at Venice with a face-off between Matthias Schoenaerts and Reda Kateb that ultimately drowns in clichés

David Oelhoffen’s Close Enemies [+see also:
trailer
interview: David Oelhoffen
film profile] might have just premiered in competition at the Venice Film Festival, but we all know the story: two hardened men, raised in the same place, ultimately choose completely different paths. One becomes a cop, the other embraces just about everything his drug-riddled neighbourhood has to offer, and does so with gusto. But when a risky deal goes wrong, they meet again and quickly learn that in order to make it out alive, they need to put their old grudges aside. Told you.

For all the hints at some kind of political commentary about isolated communities trying to make the best out of their existence on the margins of a society that isn’t exactly thrilled about their presence and rarely tries to hide it, as exemplified by Reda Kateb’s Driss admitting that with a “mug” like his, the only career option was joining the narcs, everything that happens here serves as an excuse to bring those two men together. Or just men in general, as female characters are so marginal that they barely leave the house.

With events moving along a tad too predictably – at one point, someone actually yells, “You’re getting too involved,” as if anybody needed a reminder – you never become truly invested in these characters, nor in the dangers they are facing. For lack of a better comparison, sometimes you just really need that bloodied horse head in your bed to understand the severity of the situation.

Luckily, Oelhoffen likes to keep things contained: rarely leaving one neighbourhood, he places his film in tiny apartments and claustrophobic passages. Add the mostly greyish tones dominating the story, and after a while, it’s just hard to breathe. As far as a depiction of a certain specific milieu goes, this one is rather effective.

And so is Matthias Schoenaerts, cast as lovable thug Manuel. But while he makes for a truly magnetic presence, all hoodies and a tough exterior hiding surprising vulnerability, there is a feeling that he has played this role before, honing it to perfection ever since Michaël R Roskam’s Bullhead [+see also:
film review
trailer
interview: Bart Van Langendonck
interview: Michaël R. Roskam
film profile] put him on the map. Reda Kateb, on the other hand, seems a bit underused. In a film built entirely on their supposed chemistry, the relationship that is supposed to run deep never fully convinces.

Although perfectly swallowable, with its themes of loyalty and things a man just has to do, Close Enemies feels rather old-fashioned, and the glued-on family scenes, while nicely executed, don’t help. It’s the kind of film that critics tend to describe as “gritty” somehow mechanically, even though in this case it just means a lack of visual bonanzas, swapped for handheld shots by cinematographer Guillaume Deffontaines, and a much slower pace. It’s a confusing choice, given that everyone here seems to constantly be observing that they are running out of time.

Close Enemies is a French-Belgian co-production. It was produced by Marc du Pontavice, of One World Films and Versus Production, and was co-produced by Radio Télévision Belge Francophone (RTBF), VOO and Be TV, with the participation of OCS. International sales are handled by Bac Films.

“There is nothing romantic about a criminal life”

VENICE 2018: Returning to the Lido with the thriller Close Enemies, French director David Oelhoffen flirts with the genre but ultimately chooses to keep things real

The project, an English-language reimagining of Sergio Corbucci’s western, will star Noomi Rapace, Nicholas Pinnock and Matthias Schoenaerts in the lead roles

Alban Ivanov and Sabrina Ouazani lead the cast of the filmmaker’s latest opus, an Escazal Films production set to be sold worldwide by TF1 Studio

The first clapperboard for the Les Films Velvet-produced feature will slam in September, with Pio Marmai, Vincent Lindon, Roschdy Zem and Valeria Bruni Tedeschi among the cast; Wild Bunch is...

"There is no way for the movies I love to get close to the audience, to be artistic and commercial at the same time" 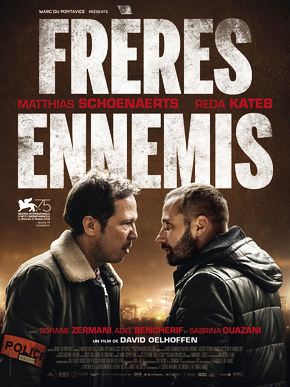 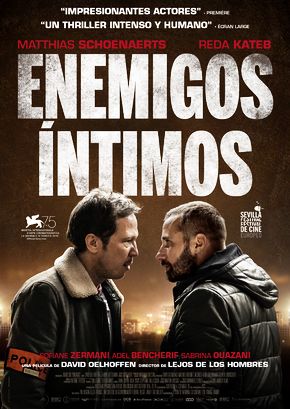 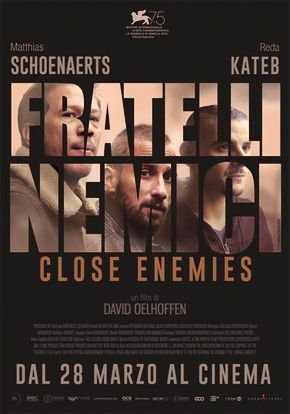 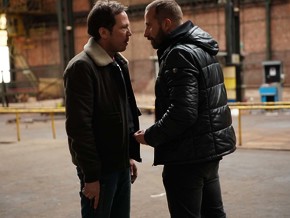 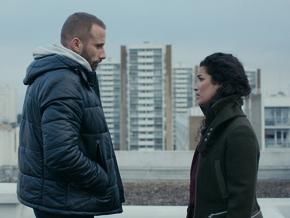