02/09/2018 - VENICE 2018: The first feature by producer and author Andreas Goldstein is an adaptation of the well-known and beloved novel of the same name by Ingo Shulze

Presented in the 33rd Venice International Film Critics’ Week, Andreas Goldstein’s German film Adam & Evelyn [+see also:
trailer
interview: Andreas Goldstein
film profile] has been adapted from the novel of the same name by author Ingo Schulze, which has been translated into more than ten languages. Like the book, the film starts in August 1989. Adam, a tailor, and Evelyn, a waitress, are planning a holiday together – that is, until Evelyn realises that Adam is cheating on her and decides to set off on a holiday of her own. Adam follows, and as circumstances would have it, they are soon joined by Michael, Evelyn’s new lover, and a young woman, whom Adam helps in her efforts to flee to the West by smuggling her across the Hungarian border in the boot of his car.

A restrained, unhurried sex comedy is thus initially set up, but its intricacies are overshadowed by the politics of the time. The border between Hungary and Austria falls, and in Hungary, everything changes. The frontiers are suddenly – at least partially – open, and Adam and Evelyn must decide whether they want to build a life in the East or in the West; what they assume to be a temporary freedom, we as viewers know to be in fact the first signs of the system’s total collapse. Their decisions are far from straightforward: while Evelyn does want to leave East Germany, Adam is reluctant. His life in the East, where he has both Evelyn and models who try on his clothes, is too comfortable to abandon. An official in the West interrogates Evelyn about her decision to come to the West, suspicious of Adam’s allegiance to the East. Paradoxically, he is not far off. No decision is purely private, and no act of romance is without its political consequences. Yet all of this is ironically made irrelevant by the course of history.

Adam & Evelyn, the first feature by the East Berlin-born Goldstein, is a beautifully atmospheric film. Recalling the feeling of a northern summer in an almost haptic manner, he takes his time filming the tree branches swaying and the green leaves and grass quivering in the wind, the blue skies, the gentle waves on the lake, and people drinking their tea, wistfully gazing into the distance and smiling absent-mindedly. Goldstein establishes a sense of gentle contemplation, within which the way life felt, looked, sounded and smelled during that particular August, in the last months of the Cold War, is as important as the developments in the plot. That is not to say that Adam & Evelyn leaves its comic premise completely behind; the humour of the film is just developed carefully and with precision. With an impeccable sense of coming timing, when the moments of comic relief do arrive, they are that much more effective.

Goldstein worked as a producer and an author for quite some time before developing and shooting his first feature film. Judging by the command of an elegant, gentle yet effective way of filmmaking that he demonstrates in Adam & Evelyn, it would not be unreasonable to hope it is not his last one.

Adam & Evelyn was produced by Germany's ma.ja.de Filmproduktions-GmbH and 3sat.

“While I did see the problems, I am still pro-socialism”

VENICE 2018: German director Andreas Goldstein takes us back to 1989 with Adam & Evelyn, a laconic portrait of the fall of the Berlin Wall

Doris Dörrie will be the guest of honour at this year’s event, kicking off on 10 April and featuring a retrospective on female German directors

VENICE 2018: The first feature by producer and author Andreas Goldstein is an adaptation of the well-known and beloved novel of the same name by Ingo Shulze

VENICE 2018: The German director has adapted Ingo Schulze’s novel of the same name and is premiering the result in the International Film Critics’ Week 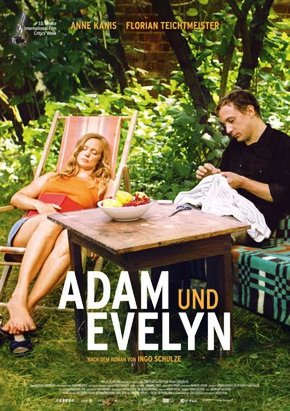 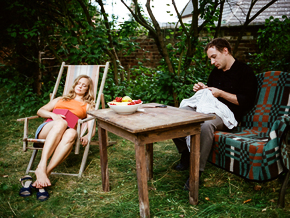 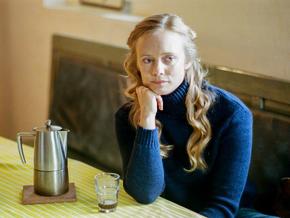 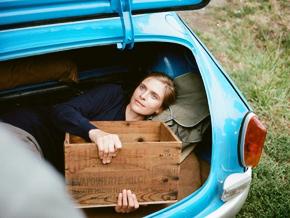 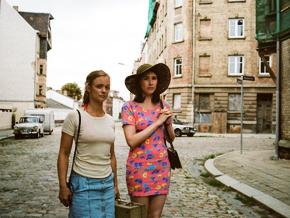 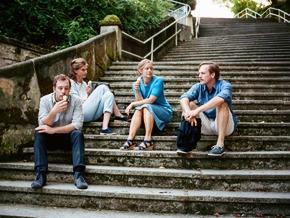