Laurent Lafitte and the young actors in School’s Out

The first scene sets the tone – an odd combination of the banal and the powerfully tragic, continuity and interruption. The film begins in a silent classroom, where students are taking a test. Paper rustles. A teacher sits at the back of a room, watching their tilted heads as they concentrate, before suddenly throwing himself out of the window. We will never get an answer to this final gesture shown at the beginning of the film, but the mystery surrounding it will perpetuate the entire film, shifting from one oddity to the next, wiping away all suspense from the entire plot. In his second feature film School's Out [+see also:
trailer
interview: Sébastien Marnier
film profile] – selected at Venice in the eclectic Sconfini section – Sébastien Marnier, originally a novelist, concocts a very particular climate that plunges the audience into an interesting situation of worried searching, because beyond a few sharp salient peaks, the story offers no concrete points of reference: every new element evades us as soon as the next one comes along.

The film is also about the defenestrated substitute teacher Pierre’s (Laurent Lafitte) own investigation, without really knowing what he's looking for. He begins to notice bizarre and violent behaviour in the class of gifted students, and starts to spy on them, allowing the audience to discover, along with Pierre, their inexplicable rituals (filmed from their laptops). And although in these moments, silence dominates, the awareness we have of the impermeability of the universe these school children belong to is shocking, because we experience it entirely subjectively, from Pierre’s point of view, still a young man himself, in a sense (he is only forty years old, he is still doing his thesis and his tattoos make him seem fairly “cool”…) as if these scenes were the precise moment in which he measured the gap between himself and these young children, the future generation (which considers DVDs to be "vintage").

But Marnier doesn't stop there. He makes the audience feel this total separation and wall of misunderstanding between the generations in its entirety thanks to the young teacher’s perspective, and he does so in order to tell us about this future generation, the adolescents of today, represented by these gifted pupils, who are, in fact, "different". They seem to know everything and hope for nothing. But how could they, when faced with all the videos of ecological disasters they have compiled, which, all things considered, leave no doubt in their minds about what’s in store for their terrifying "era" (to use one of the student’s own words) while the adults – who have passed down this world to them – tend to trivialise everything in order to better ignore it (the denial of the teachers and Pierre's friend in relation to the abnormality of events is characteristic).

"It's too late, there's no future. You don't want to face the truth," says one student in the middle of the film, and the film's final design is already evident in this sentence: to transform anxiety into the fuzzy outlines it’s been conveying since its electroshock beginning, with a level of urgency and striking relevancy. Just like the singular way in which the director manages to dupe the audience, to make us open our eyes, to make us face the truth for once and for all, because it's about time!

School’s Out was produced by Avenue B Productions. Celluloid Dreams is handling the film's international sales.

more about: School's Out

"We were convinced that we were making a political film"

VENICE 2018: We interviewed French director Sebastien Marnier about his second feature film, School’s Out, screened in the Sconfini section at Venice Film Festival

School’s Out triumphs at the MyFrenchFilmFestival

The filmmaker jury of the online festival organised by UniFrance has crowned Sébastien Marnier’s feature film its winner, whilst the international press recognised The Swallows of Kabul 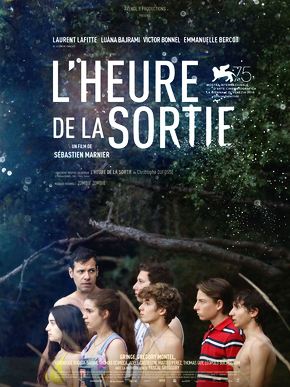 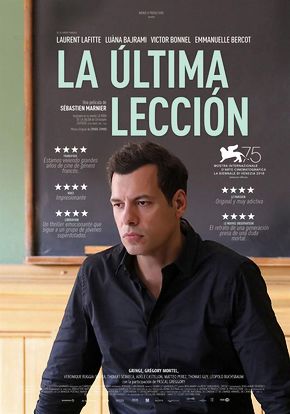 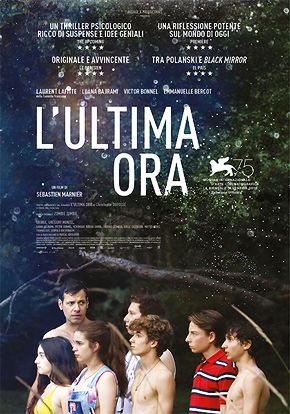 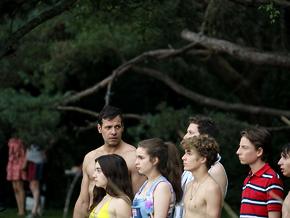