04/09/2018 - VENICE 2018: Largely autobiographical, Flavia Castro’s Orizzonti-presented film is a seamless blend of personal and societal histories of Brazil after the fall of the military dictatorship

Presented at the 75th Venice Film Festival, Unremember proves to be one of the most exciting titles in the Orizzonti competition section of the gathering. Brazilian filmmaker Flavia Castro’s debut feature-length fiction film seems to be obviously autobiographical: born in Brazil, but growing up in exile, she started out as a filmmaker with the documentary Diary, Letters, Revolutions in 2011, creating her cinematic images on the increasingly blurred line between fiction and documentary. In Unremember, the protagonist of the film, Joana (played with a convincing naturalism by Jeanne Boudier), grows up in Paris, listening to rock music and reading literary classics. In 1979, amnesty is granted in her native Brazil, and her family decides to move back. Ignoring her pleas to let her stay in France, Joana’s mother takes her back overnight to a country she barely remembers.

In Rio de Janeiro, Joana is forced to confront the reality of the shady disappearance of her father, the circumstances of which, having been related to the military dictatorship in Brazil, had forced the family to flee to Paris in the first place. On its way to re-democratisation after the pressure exerted by the Brazilian people, their home country might seem an inviting place to live in again to her nostalgic and homesick mother, but to the alienated Joana, who has only known it for its cruel political past, it is an unwelcoming, troubled place, which reminds her only of her loss. To fully appreciate this premise, we have to know that Flavia Castro’s father, too, was a journalist, who was thought to have committed suicide, but had actually been kidnapped and killed by the corrupt government forces.

With such a forceful emotional impetus behind her film, it is no wonder that the narrative seems decidedly honest, but it is also surprisingly restrained. Instead of blunt emotion, Unremember focuses on memory: the pieces of it that remain from a fragmented childhood, interwoven with imagination, which keeps playing tricks on the mind, falsely illuminating some images of the past and obscuring others, in addition to creating some of its own. In other words, pushed to the foreground in Unremember is the construction of memory itself, and how we piece it together from heterogeneous elements that don’t necessarily agree with each other.

Unremember is a pleasure to watch, beautifully shot and accompanied by some treasured rock songs from the 1970s, which are an additional hint at the filmmaker’s nostalgia for this period that she lived through. However, its strength comes from somewhere else – it stems from the seamless blend of personal and societal histories, stories of unhealed wounds inflicted upon both the individuals and Brazilian society as a whole. It is a credit to the first-time (fiction) filmmaker that she doesn’t ever let the politics or the history of the country hijack the story. On the contrary: far from being just a coming-of-age story about recovering the forgotten identity of a young woman, Unremember is an accomplished piece of cinema, which follows in the same vein as the filmmaker’s acclaimed documentary debut.

VENICE 2018: Largely autobiographical, Flavia Castro’s Orizzonti-presented film is a seamless blend of personal and societal histories of Brazil after the fall of the military dictatorship

Alessio Cremonini’s On My Skin to open Orizzonti

The Mostra’s competitive section dedicated to new trends in world cinema will get under way with the film on the Stefano Cucchi case, starring Alessandro Borghi; 19 films are in the selection 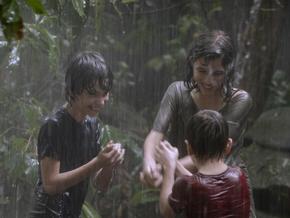 The actors’ agent has taken his first turn behind the camera with a family drama recently unveiled at the 11th D’A Film Festival in Barcelona
Cécile Salin • Distributor, Diaphana Distribution