04/09/2018 - VENICE 2018: Presented in the International Film Critics’ Week, Maxime Matray and Alexia Walther’s movie is an eccentric and surreal adventure with a hidden romantic streak

The feature debut by French-Swiss directorial duo Maxime Matray and Alexia Walther, Blonde Animals [+see also:
trailer
interview: Maxime Matray, Alexia Walther
film profile], is being presented as part of the International Film Critics’ Week programme at this year’s Venice Film Festival. The beginning is as unclear to us as it is to the protagonist himself: Fabien (played by Thomas Scimeca) inexplicably wakes up in the middle of a forest, surrounded by scraps of food eaten by worms. A bottle opener gets returned to him as he wakes up, and after accepting the borrower’s invitation to join them at a barbecue, he steals their carefully marinated salmon and runs into the trees. The salmon, however, ends up getting eaten by a dog. This wildly charming premise opens up into an eccentric road movie, and as he continues his journey, Fabien meets Yoni (Basile Meilleurat), who, it turns out, has indirectly caused the death of his boyfriend – or at least, that’s what the bereaved family is accusing him of. The unfortunate young man was trying to flee with Yoni but somehow got decapitated in the process.

Blonde Animals is nothing if not idiosyncratic, resisting the usual genre labels or narrative categorisations. It is a colourful, dreamy, surreal and whimsically funny film in which a physical journey, a budding friendship in the midst of grief, desire, and wistful hallucinations blend seamlessly into a story that is a pleasure to watch from its very opening scenes. That being said, the pace of the tale does slow down tangibly in the second half of the film, and maybe even starts to lag a bit at times. Perhaps understandably so: Blonde Animals is a film not content with being just a quirky tale of two people with the surreal habit of carrying around the heads of their loved ones in a bag. Underlying the flashy exterior is a story about human suffering, a disintegration of one’s identity after suffering a loss, and trying to find an escape in the suppression of pain and intoxication, as well as the world of daydreams and memories of the past. Fabien is a former star of a short-lived television sitcom, trapped in the memory of an I that no longer exists, the memory of a time when he didn’t have to mourn his tragically deceased girlfriend.

One of the most pleasing aspects of Blonde Animals is the way it looks. Framed in a retro, nostalgic 4:3 aspect ratio and lit to look like a mash-up of the sherbet-shaded 1970s experimental and Eurotica films, with its progressively abundant plastic plants with a fluorescent shine, the visual themes of the film get more fantastically stylised with each step the film’s protagonists take towards a world that resembles dreams more than it does reality. This includes the movie’s leitmotif, the severed head. Throughout the history of art and literature, decapitation has been presented as a moment of revenge, almost poetic in its definiteness; a revenge sometimes also brought about by unfulfilled desires, an erotic drive sublimated into violence. In Blonde Animals, Maxime Matray and Alexia Walther simultaneously build upon this history and subvert it. A severed head is a memory of a loved one, the ultimate symbol of love. Their film is, after all, a closet romantic.

Blonde Animals is a French-Swiss co-production, staged by Ecce Films and Garidi Films. France’s Ecce Films is also in charge of its international sales.

“It gets a little grotesque”

Having taken his first three first feature films to Locarno, Cannes and Venice, the filmmaker is now fine-tuning his latest opus, an MLD production with international sales managed by Shellac 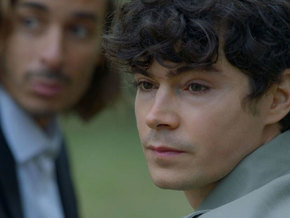 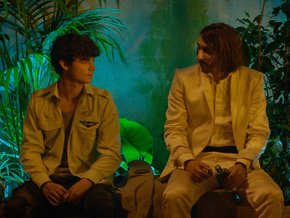 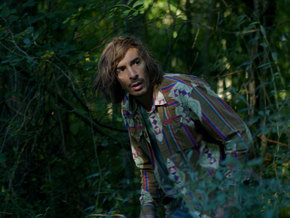 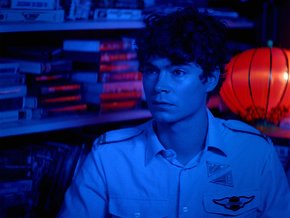 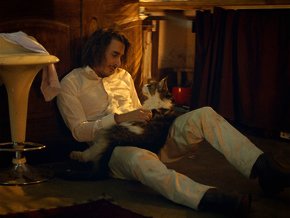 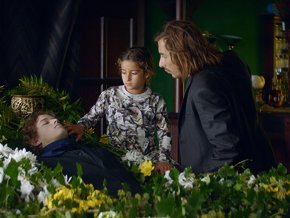 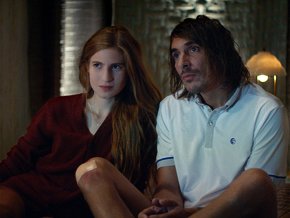 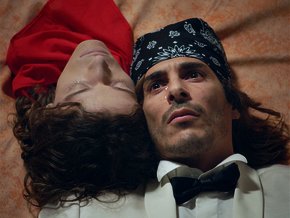 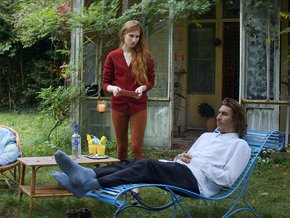 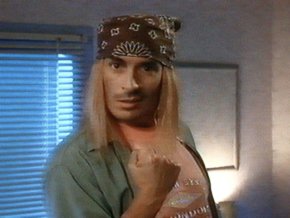