At least he waits – five years with United 93 and seven years this time around. Besides, we already got Erik Poppe’s U – July 22 [+see also:
film review
trailer
interview: Erik Poppe
film profile] in February. This is clearly the year to be putting the morbid massacre from the Norwegian summer of 2011 on the screen.

Or is it? In 356 BC (21 July, disturbingly), an attention seeker named Herostratus burned down the temple of Artemis at Ephesus, after which he calmly and proudly surrendered to the authorities. His punishment, apart from execution, was a ban on mentioning his name, under penalty of death. Alas, this very good idea did not work out. Some 2,400 years later, the term “herostratic fame” is still around, relating to someone who commits a criminal act in order to bask in the resultant notoriety.

That is exactly what (I will forever dread mentioning his name) Anders Behring Breivik is doing in a particularly unpleasant scene in 22 July. It is not the one showing him placing a bomb in the government quarter in Oslo, killing eight and injuring over 200 others, and it is not the one showing him matter-of-factly gunning down the young participants in the Norwegian Labour Party summer camp on Utøya island, killing 69 and wounding 110 more in a veritable bloodbath.

Rather, it is only shortly afterwards. As calmly and proudly as Herostratus ever did, Breivik has given himself up to the police and is now being questioned. He munches on something that, when the logo-imprinted delivery box is glanced on screen, turns out to be a pizza slice (did he get to choose the topping, one wonders?). He halts the questioning procedure and demands medical attention. The demand is granted. It turns out to be a small finger cut. “Something has flown in. It must have been a bit of skull,” he concludes, again matter-of-factly. He is given a plaster.

The account is minimally embellished; it is to be found, virtually verbatim, in the painfully accurate Breivik bio One of Us, written by journalist Åsne Seierstad and serving as Greengrass’ blueprint. Legendary reporter-turned-filmmaker Samuel Fuller, a colleague of both Seierstad and Greengrass, would be over the moon: the truth – inexplicable, controversial, hard-hitting!

22 July is loaded with emotion, from cheerful youngsters arriving at the camp, ready for some edifying games and perhaps also lots of fun, to nervous parents hearing the news of the events on the island (including Breivik’s own mother). We get especially close to the Hanssen family, whose sons Torje and Viljar are both on Utøya. The badly wounded Viljar barely survives (his operation is cross-cut with Breivik’s plaster scene): despite being left half-blind and with bullet fragments too close to the spine to be removed, he is dead set on getting up to testify in court. Again, all of it more or less based on the truth. Actual locations as well as a superb all-Norwegian cast and crew greatly cement the achievement.

The vote for the most pleasant scene would be a tie: it could be when Lara, a second-generation immigrant girl who survived the shooting, awkwardly visits Viljar’s hospital bed, volunteering to go and get some cigarettes. But it could also be when Geir Lippestad, Breivik’s hand-picked defence lawyer, bids his client adieu. Breivik proposes a handshake, which is not granted.

22 July will be released on 10 October by Netflix (which also handles its international sales). It was produced by Scott Rudin Productions and Netflix, and received backing from the Norwegian Film Institute.

The Norwegian disaster flick, staged by Fantefilm, was recently sold to key territories in Europe, Asia and America

In his group therapy session of a movie, Carl Javér finally lets the survivors of the Utøya rampage talk

VENICE 2018: Paul Greengrass returns with a hard-hitting, truthful account of the Norwegian summer of 2011, loaded with emotion

A slew of promising projects showcased at the Venice Production Bridge

VENICE 2018: The VPB continues expanding and this year welcomes more than 2,200 industry professionals 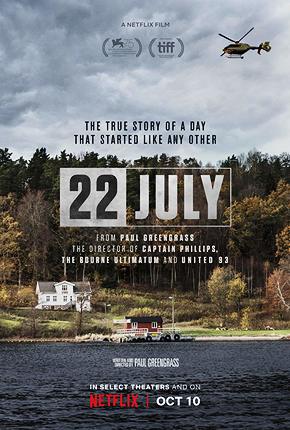 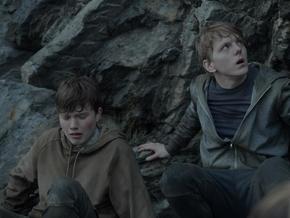 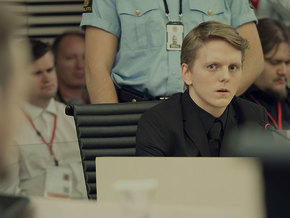