Originally conceived as a video art project, with its combination of odd sequences that make no attempt to tell a linear story, M [+see also:
trailer
interview: Anna Eriksson
film profile] hasn’t drifted too far from its experimental roots. Set in no specific time or place, with Portugal standing in for Los Angeles as if to complicate things even further, the feature debut by Finland’s Anna Eriksson (presented in competition in Venice’s International Film Critics’ Week) certainly doesn’t try to please – especially not the legendary actresses’ numerous fans. As the oddities keeps on mounting, the only thing missing is another Red Room and a dwarf talking backwards. Something that, to be perfectly honest, would not be entirely unwelcome, as M delves more into Monroe’s nightmares than her dreams.

Eriksson, an immensely popular musician in her native Finland, has been very vocal about her struggles to gain control over the material she no longer recognised as her own. Which might explain why she gives her all to the role. Monroe was never given the chance to explore the roles that interested her the most either, her lifelong desire to portray Dostoyevsky’s Grushenka were ridiculed rather than championed. There are scenes in this film that are very convincing in all their exaggeration, as Marilyn – or at least the character inspired by her – wobbles about in heels, looking completely out of place everywhere she goes. “When I think of her, I always think of violence,” the director told Cineuropa recently, and violence is precisely what she explores here, as Monroe’s perfect body seems to bring her nothing but pain. Frail and yet surprisingly strong, it doesn’t try to seduce – battered and abused, filmed in unforgiving close-ups that seem to go on forever – it simply just gives up at one point.

It’s Eriksson’s first project, and while it certainly shows at times, there is also something admirable about an inexperienced director going all in, instead of cautiously testing the waters first. Directing, producing, editing and doing just about everything under the sun for almost four years, she decided to work with non-actors, including herself, and there is no denying the certain vulnerability to her Monroe, missing from glossier films that try to recapture her myth and mostly focus on getting that feathery hairdo just right. While she certainly sticks to some of the star’s more recognisable traits – such as her white make-up, so memorable in Bus Stop, or her childish whisper – she has no qualms about shattering them all to pieces.

Oscillating somewhere between popular myths about Monroe, tabloid scandals and stories explored in popular novels, M doesn’t try to figure out who she was, but rather looks at the person who already lost whatever battles she might have been fighting. And it knows it only too well. “I had to suck a lot of Jewish c***s to get where I am now, Abraham,” she tells a silent cab driver at one point. “But sometimes I can’t help but wonder where am I. You know?”

If that sounds grim it’s because it is. And all of a sudden, the immaculately painted-on red lip seems all the more disconcerting.

M was directed and produced by Anna Eriksson, Ihode Management Ltd and Cursum Perficio Production, and supported by The Arts Promotion Centre Finland.

“I dreamt about Marilyn Monroe”

"I was looking for truthful pain" 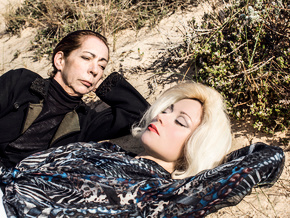 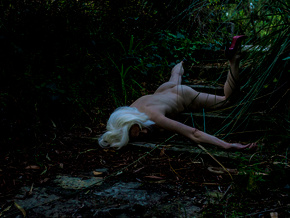 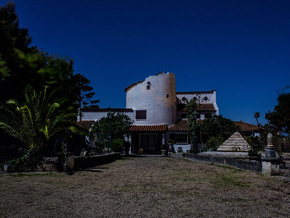 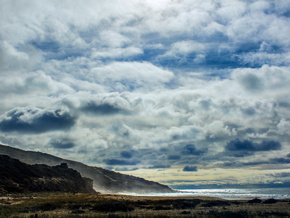