“Fascism can come back under the most innocent of disguises. Our duty is to uncover it and to point a finger at any new instances of it — every day, in every part of the world.” A poignant paragraph from Umberto Eco’s 1995 essay Eternal Fascism closes this dark documentary, which, in its 62-minute run time, manages to get closer to the issue than many of the two to three-hour films exhibited at this year’s Venice.

80 years after the endorsement of the fascist race laws in Italy, 1938 Diversi [+see also:
trailer
interview: Giorgio Treves
film profile], presented out of competition at Venice, retraces the events leading up to and resulting in some particularly difficult years in the nation’s 20th century history. Divided into six chapters, Oscar-nominated director Giorgio Treves presents a valid reconstruction.

“You must learn to be less nice, and more harsh and merciless – in one word: like masters!” were the aggressive sentiments fired at the Italian people in the early 1920s, with Benito Mussolini inflicting his philosophies on the country. The Great War is “won” and it’s time for Italy to take a leading position, as a continuation of the Roman Empire.

And so, it begins. The everyman Italian squeezes into his boots, sometimes with swollen feet, and as things move along quickly and Il Duce gains victory after victory, the Italian marches along, having almost gotten used to his constraining footwear. His children belong to youth groups such as the Figli della Lupa (Children of the She-Wolf) and Italy is militarised, but not yet racist.

During the Ethiopian Wars, Italian superiority is energetically promoted, not least in comic books, films and songs. Somewhat less light-hearted are the edicts banning fraternisation with the black race. Next in line, in a country with hardly any anti-Semitism, is the Italian Jew, up to this point living as any everyman, sometimes even in boots.

On 14 July 1938, Il Giornale d'Italia publishes “The Manifesto on Race,” in which “scientists” establish the existence of the human race and differences in quality. Yet again, things accelerate. Come that November, with the promulgation now in effect, Italian Jews are subjected to laws denying them everything from education to work. But the worst is yet to come.

Treves digs deep in his investigation. He deftly cuts between vivid archive footage, expert commentaries by well-read academics, cartoons, poetic animation sequences, outrageous quotes from the xenophobic period, and most importantly, the testimonies of those present at the time. Perhaps the reason for an 80-year memorial rather than a centennial one – there are still people around who remember and who will talk.

The best of them is without doubt Liliana Segre, now a senator for life in the Italian government, but in those days, a member of a Jewish family, she was expelled from school when she was eight and deported to Birkenau five years later. Her recollections are sharp as nails, conveying the surprise, fear, grief and indignity, both on behalf of the abused and the abusers. Her deductions are perfectly bookended by Eco’s quote, well worth reading, and reading again.

1938 Diversi opens in Italian cinemas on 11 October, distributed by Mariposa Cinematografica and will be broadcast on Sky TV on 23 October. Produced by Tangram Film (Roberto Levi, Carolina Levi) and Sky, Upside Distribution is handling international sales. 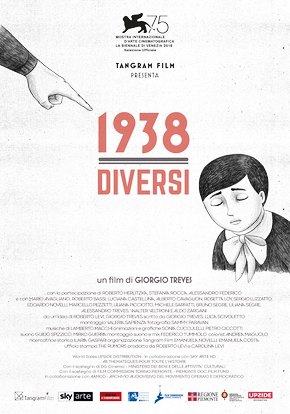 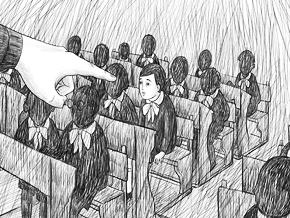