10/09/2018 - TORONTO 2018: Emmanuel Mouret directs a brilliant, delectable and remarkably acted film about a woman who seeks sophisticated revenge after being pursued and then rejected

The very charming Marquis des Arcis has a long list of conquests, but his new target – the intelligent widow Madame de La Pommeraye – is fully aware of this fact and has no intention of falling in to his traps, or letting him know so, nevertheless inviting him to try his luck, in a sort of courtly chess game of love. The excellent Mademoiselle de Joncquières [+see also:
trailer
interview: Emmanuel Mouret
film profile], the new feature film by the subtle Emmanuel Mouret, unveiled in the 43rd Platform competition at Toronto Film Festival, is set in the peaceful countryside surrounding a manor in the 18th century.

Turning his back on the modern era for the first time in his career with this free adaptation of an episode of Diderot’s Jacques the Fatalist and his Master (which already previously inspired Robert Bresson’s Ladies of the Park, albeit in a very different way), the French filmmaker has discovered a territory in which his offbeat and playful penchant for deciphering the complexities of love and his fondness for verbal clashes and barbed remarks, speckled with comedy, are expressed wonderfully.

"We all very much enjoy counting the number of days you have left with the Marquis," jokes a visiting confidant and friend (Laure Calamy) to Madame de La Pommeraye (Cécile de France at her best) And after a good six months, some casual and sincere courting comes to an end and Arcis (Edouard Baer, who seems born to play characters from this time) settles into an official and happy couple with Madame de La Pommeraye. Two years pass, and routine is established ("This is the lot of all loves, nothing stays hot" says the confidante), and then at the first opportunity, the Marquis regains his freedom ("All that remains is for us to congratulate one another for having lost such fragile feelings"), suggesting that they maintain a "close friendship" instead. Masking her deep suffering under a wordly exterior, Madame de La Pommeraye soon concocts a redoubtable plan for revenge, using a beautiful young woman (Mademoiselle de Joncquières, played by Alice Isaaz) and her mother (Natalia Doncheva) who has plummeted in her own social circle. Marquis falls into their trap, despite various warnings: "Beware of yourself. Avoid this girl if you don’t wish to suffer."

A delectable yet cruel tragedy, Mademoiselle de Joncquières unfolds brilliantly around a story in which fire and ice, heart and spirit, facades and behind-the-scenes manoeuvres are closely intertwined. A real treat for those who enjoy verbal games, the film also resonates well with a modern audience, with its games and heartbreak transcending time. Progressing with an art that is achieved thanks to flash forwards in time, and filmed with a controlled and never ostentatious fluidity, this film clearly marks a point of maturity for a very talented filmmaker, who continues to gain in consistency, film after film.

"This film is an ode to our inconstancy" 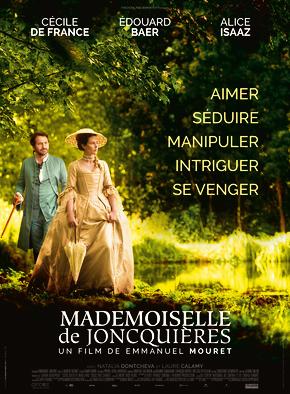 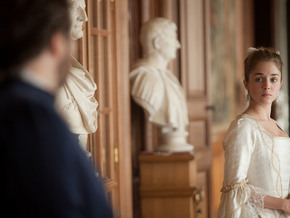 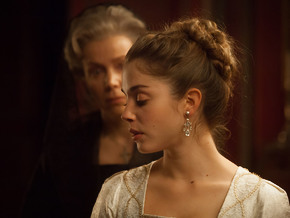 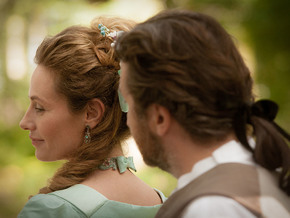 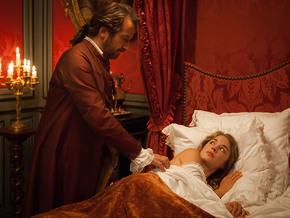 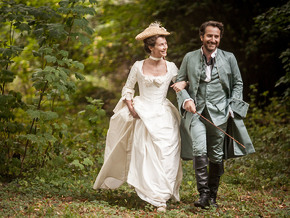 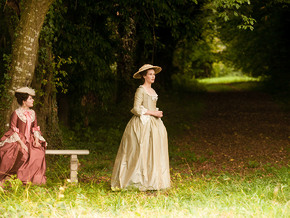 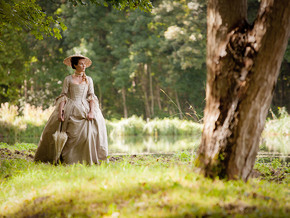 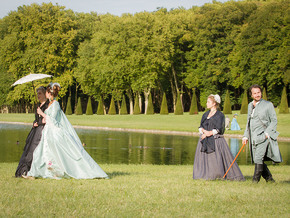 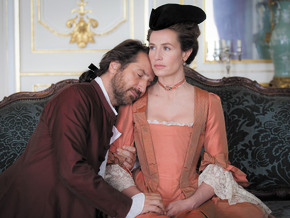