12/09/2018 - TORONTO 2018: Dutch filmmaker Rosanne Pel has made an impressive debut feature examining manipulative sexual abuse among teenagers from the perpetrator’s point of view

Eryk Walny and Klaudia Przybylska in Light as Feathers

During her studies, Dutch writer-director Rosanne Pel shot four shorts that followed the struggles of lonely heroes in remote environments. For the past few years, she has been developing and shooting her debut feature, Light as Feathers [+see also:
trailer
interview: Rosanne Pel
film profile], which has now world-premiered in the Discovery section of the 43rd Toronto International Film Festival.

In a rural Polish village in the middle of nowhere, 15-year-old Eryk (Eryk Walny) works on a goose farm, and lives with his mother, grandmother and great-grandmother, who also raised him as his father was never around. Eryk has a close, almost intimate, imbalanced relationship with his young mother, Ewa (Ewa Makula), who manipulates and uses him when she’s in need, thus creating a disturbing and domineering mother-son co-dependency. However, Eryk has feelings for his 13-year-old neighbour, Klaudia (Klaudia Przybylska). Unable or unwilling to make the distinction between love and abuse, Eryk, in turn, manipulates Klaudia, both physically and emotionally, forcing her into sexual activity. The secret is safe until the abuse comes to light.

Putting family relationships at the heart of her story, Pel aims to explore and analyse the roots of sexual violence. Without transforming Light as Feathers into a study on human behaviour, but using philosopher Hannah Arendt’s work as inspiration, she uses Eryk’s character to examine the relationship between punishment and forgiveness. The lack of any father figure during his upbringing, the three dominant females pampering him and, in particular, the subliminal Jocasta/Oedipus complex with his mother could be what fuelled his emotionally underdeveloped personality. Pel goes one step further and investigates whether this could also give rise to a potential sexual predator.

As the sensitive subject of sexual abuse is usually depicted only from the victim’s point of view, Pel’s bold decision to focus on Eryk, instead of Klaudia, lends the film a daring, risky, almost provocative edge. Given that the movie’s premise is the fact that violence is initially born and simultaneously transmitted within the family environment, Eryk is presented both as the culprit and the victim. However, despite this, his acts are by no means justified, and he remains responsible for his acts and all of their consequences. To enhance the impact and lighten up the story, Pel adds in occasional comic touches. Through trivial, humorous moments – with nods to Ulrich Seidl – she depicts how life goes on even when tragedy strikes. It is her reaction to the almost absurd fact that sexual abuse can even be considered commonplace and virtually “invisible” in everyday life.

Shot over a period of more than three years, with a skeleton crew and making use of non-professional, debutant actors, Light as Feathers has the feel of an observational, fictionalised documentary. With the cast delivering convincingly natural and authentic performances, and the camera realistically capturing their own puberty, the story reaches a more dramatic climax as the narration unfolds. This almost experimental balance between fiction and reality, with a pinch of comedy, could even be said to be manipulating the viewer, thus adding an extra layer to the cogency of the story.

Pel successfully delivers an impressive debut that aims to exorcise the demons. By adhering to an archetypical, tragic storyline, the movie leads to a cathartic understanding and, possibly, to a liberating absolution of the perpetrator. To quote Arendt, “Forgiveness is the key to action and freedom.”

more about: Light as Feathers

TORONTO 2018: We chatted to Dutch filmmaker Rosanne Pel to discuss the serious topic of sexual abuse that she tackles in her feature debut, Light as Feathers

The first module of the training programme of the Torino lab, reserved for projects in their first phase of development, will begin on 16 April in a digital version with 20 filmmakers 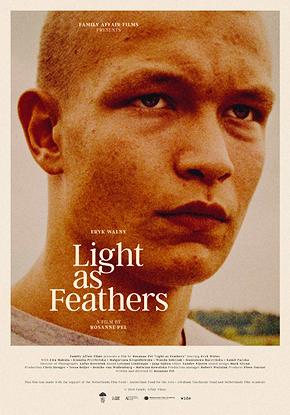 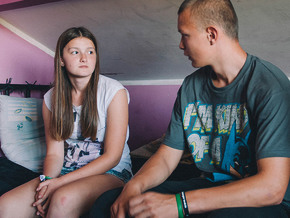 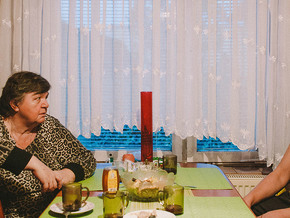