The FIPRESCI Prize in the Discovery programme of the Toronto International Film Festival went to writer-director Carmel Winters’ piercing Irish drama Float Like a Butterfly [+see also:
trailer
interview: Carmel Winters
film profile]. It’s easy to see why. From the producers of Once [+see also:
trailer
film profile] and Sing Street [+see also:
trailer
film profile] comes another film where song is as important as dialogue. Winters (whose debut feature, Snap, won Best Irish Feature at the Dublin Critics’ Circle Awards) has strung together a fabulous, organic mix of traditional Irish song, boxing and female emancipation. It’s a tale about sticking to your beliefs, even when the whole of society is against you, and who better to have as a talisman than Muhammad Ali, the pugilist who spent years in prison and had to give up his heavyweight crown for refusing to be conscripted to fight in the Vietnam War.

The title of the film is taken from the famous Ali quote “Float like a butterfly, sting like a bee,” and while growing up, Frances (Hazel Doupe) has been watching Ali deliver his famous speeches and punches on the black-and-white television set that serves the Irish roadside community she is from. The fabulous camera work by Michael Lavelle and production design by Toma McCullim uses horses, tents, young children and open fires to great effect to bring life and a homely feel to the frame on a limited budget. That warmth is captured in the songs sung around the burning wood, and the fabulous and loving relationship between Frances and her doting father, Michael (Dara Devaney), who teaches her to box and to fend for herself.

But all good things must come to an end. When the police arrive, complaining that Michael has not been sending his daughter to school, it ends in tragedy, and the nature of the relationship between father and daughter is altered forever. Several years later, Michael returns from jail a bitter man, and Winters now takes the characters on a journey where finding Frances a husband is deemed the only way to calm her down. But it’s Michael, now a drunk, who is revealed to be the problem, as the writer-director uses his dependence on the bottle and his attitude towards his children as a treatise on the toxic nature of masculinity. Violence is everywhere, and the treatment of the Travellers by the rest of the world is equally abhorrent, as demonstrated when Frances goes to buy some milk and is chided. While the road trip that the family embarks on isn’t as gripping as the scenes set within the Traveller community, it’s a small gripe in a film that punches way above its weight.

Float Like a Butterfly is a Samson Films and Port Pictures presentation in association with the Irish Film Board and RTÉ, with the participation of the Broadcasting Authority of Ireland and WestEnd Films.

Interview: Carmel Winters • Director of Float Like a Butterfly

We met up with Carmel Winters as she opened the Cork Film Festival with Float Like a Butterfly, which won the FIPRESCI Discovery Prize at Toronto

We spoke to Fiona Clark, producer and chief executive officer of Cork Film Festival, which is poised to celebrate its 63rd edition

Lithuanian-Irish drama The Castle in post-production

The Irish-UK co-production starring Nora-Jane Noone and Nika McGuigan is being backed by the BFI, Screen Ireland, Northern Ireland Screen, the Wellcome Trust, Film 4, Illium and Lexis Media

The national film agency has welcomed the increase in its capital budget, the extension of Section 481 and a 5% boost to the regional uplift incentive

Green Book emerges triumphant at Toronto and eyes the Oscars

Irish Film Board funds a raft of projects 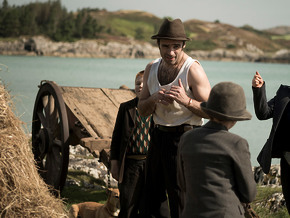 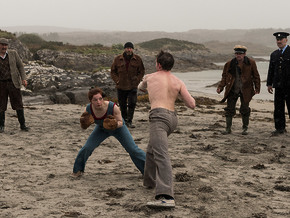 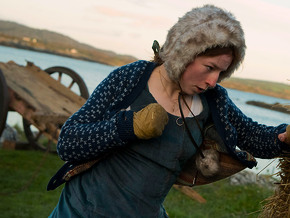