Ambitious twenty-something research psychologist Indrė (Indrė Patkauskaitė) has recently joined the team of a major clinic in Vilnius. A young patient, Paulius (Paulius Markevičius), who is suffering from bipolar disorder, needs to be transported to another facility in the seaside town of Palanga. Indrė is ordered to drive him there, and she reluctantly agrees on condition that she will gain more privileges. She has also been asked to take Justė (Gelminė Glemžaitė) along, a young woman who is being treated after a suicide attempt, as well as the clinic’s head nurse, Danguolė (Vilija Grigaitytė). Forming an unconventional group, they will embark on an unexpected road trip that, over and above the actual journey to the sea, will be a reason for them to reveal their own inner battles and their struggles for survival.

Kavtaradzė delivers an exceptionally sensitive and heart-warming film. While it deals with an extremely tough issue, the different aspects of mental disorders, it manages to retain its humour and carefree nature, offering a never-before-seen take on a world that is usually depicted in a more obscure fashion. Summer Survivors is not just another bleak drama about patients’ struggles, but rather portrays their courage and their determination to live a life that is not governed by their illnesses. The director brings the viewer extremely close to the heroes, so their invisible mental battles are still present, but they no longer seem so distant. They are just another element of each person’s personality.

Although they have such different – almost conflicting – personalities, the three main heroes must learn to coexist during this lengthy road trip. Paulius’ ever-changing, extroverted mood contrasts with Justė’s reserved, quiet shyness, and even Indrė is forced to open up to the others, despite her unwillingness to communicate. A bittersweet balance is struck, even when each of them starts to overstep the others’ boundaries, as whenever this happens, it is free of manipulation, and occurs by way of a natural, emotional process that provides a certain catharsis for both the viewer and the heroes.

Summer Survivors is an honest approach to mental-health issues. Thanks to the organic performances by the cast, this sense of realism is brought effortlessly into the picture, infusing it with an unpretentious, uplifting vibe. There are still elements of drama, but the dry and usually sarcastic humour, in conjunction with the lightheartedness of the road trip, produces an overwhelmingly positive final impact. Kavtaradzė’s self-assured and fresh approach also allows the film to breathe – both visually, through the wide-open spaces lensed by Laurynas Bareiša and Vytautas Katkus, and narratively, as the “awkward” moments of silence and the relentless discussions enhance the feeling of naturalness.

By blending melancholia with touching performances, and by poking a bit of fun at the taboo topic of mental illness, Summer Survivors offers a surprisingly frank tale, which lures the viewer in and invites them to become another passenger on this feel-good summertime road trip intent on crushing social prejudice.

We chatted to Lithuanian director-scriptwriter Marija Kavtaradzė about her feature debut, Summer Survivors, which tackles mental-health issues from a different perspective

Films by Alina Grigore, Ainhoa Rodriguez and Bonifacio Angius are amongst the selection of auteur films available for free in six languages and in 32 European countries in December

New films by Jaime Rosales, Pedro Aguilera and actress Marta Nieto, with her debut film on the other side of the camera, will receive, among others, grants for their new feature films

Other award-winning titles include Two for Joy and Cronofobia; the Cineuropa Prize went to Genesis and the Mario Verdone Award to Boys Cry 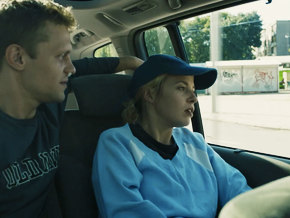 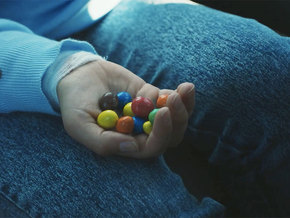 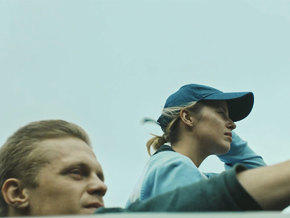 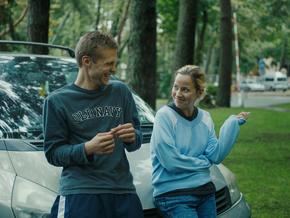 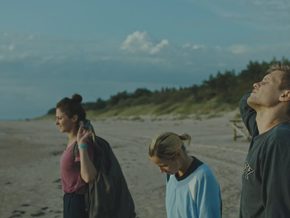