20/09/2018 - TORONTO 2018: A young girl is forced to grow up too fast in British director William McGregor’s haunting feature debut

Gwen is a Welsh-set horror that positions itself in that scary no man’s land between William Oldroyd’s Lady Macbeth [+see also:
film review
trailer
interview: William Oldroyd
film profile] and Robert Eggers’ The Witch [+see also:
trailer
film profile], which, given the box-office and festival successes of both of those recent British hits, is not a bad place to be. Playing in the Discovery section of the Toronto International Film Festival, Gwen features a breakout performance from Eleanor Worthington-Cox in the title role.

First-time feature-film writer-director William McGregor taps into the zeitgeist by telling a story about women trying to survive on a hillside in the 19th century, where most of the men, including Gwen’s father, are away at war. Told from Gwen’s capricious perspective, the eerie drama revolves around her love-hate relationship with her mother, Elen (a haunting Maxine Peake), the capitalist hawks circling the village and the deal she makes for alcohol with the local doctor (the casting of black British actor Kobna Holdbrook-Smith in this role is a stroke of genius). Fans of animals may want to steer clear, as there is an equine scene that gives The Godfather a run for its money, and various sheep and goats meet bloody ends.

Largely taking place on a misty hillside, the plot sees Elen desperately trying to stop speculators taking advantage of her husband’s absence to force her into selling her house – although it’s clear that none of these speculating oafs intending to build a quarry has ever seen a horror film where a solitary cottage surrounded by mist on a hill can only spell trouble. Elen’s ability to fend them off is hindered by her worsening health: she suffers from fits and is poorly at a time when a local family has died of cholera and potatoes are rotting in the soil. So it falls on the fragile-looking Gwen, first seen in a wistful shot looking across the valley, to come of age and look after both Elen and her younger sister, Mari.

Gwen volunteers to go to the market, where being a novice makes her easy prey. It’s a sinister world, and this is made clear by the traditional horror elements apparent in the sound design, such as the wind-like whooshing and the rumbling of machines. Gwen starts to believe that supernatural forces are at work against her family, imagining beasts and spectres in her dreams. The church is the main entry point to public life, where ideas of good and evil are being reinforced. But which side do Gwen and her mother fall on? Unfortunately, even with all of these fascinating elements in place, McGregor can’t quite tie them together to arrive at a truly fitting, epic final act worthy of this atmospheric, anti-patriarchal twist on pagan horror.

The highly anticipated TV series is part of a €220 million production deal signed by Sky and HBO, and is set to air next year

TORONTO 2018: A young girl is forced to grow up too fast in British director William McGregor’s haunting feature debut 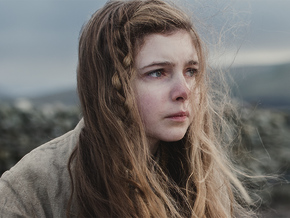 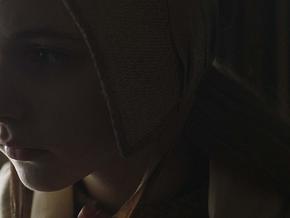