Produced by the Zurich outfit 8Horses (which Jaquemet is also involved with), The Innocent is a film that is destabilising, delving into the depths of our imagination. Is the reality that surrounds us unique and tangible or is it making fun of us, a sort of personal hallucination from which it’s difficult to escape? With his new feature length film, Simon Jaquemet confronts the audience with some age-old fears that threaten to challenge our identity.

Ruth's life (the extraordinary Judith Hoffman) revolves around her job in neuroscience, her family and most importantly, her religion. However, her world, seemingly so perfect, is turned upside down when her former lover, accused of murder, is released from prison and comes back to visit her. Her convictions, the iron rules that punctuate her daily life, filled with small rituals repeated to the point of obsession, are affected and nothing will be the same again. Her ex-lover awakens the ghosts of her past, her human (or perhaps inhuman) side and her thirst for life. The religious fervour that has cradled and anaesthetised her for years suddenly turns into a prison, a sort of fairy-tale turned cruel story.

The Innocent focuses on a crucial moment in the life of a complex woman inhabited both by rationalism and religious dogmatism and confronted by the ghosts of her past. The tenacity with which The Innocent’s protagonist clings to her reassuring tranquillity is touching and sadly intense. How do we face emotions that we thought were in the past? Religion becomes the only antidote to the violent immediacy of reality for Ruth and her whole family, a sort of drug that serves to anaesthetise their emotions.

With The Innocent, Simon Jaquemet once again addresses the issue of violence, and the vital force that animates every human being in some (self) destructive way. Violence as a synonym for life and belonging to earth, when everyday life seems to push us towards madness. The Innocent focuses on the complexity of the human mind, the frontier between reality and the supernatural. What hides in the grey area between good and evil, in limbo between violence and ecstasy? The Innocent is not easy to classify, free and intense and that’s exactly what makes it unique.

more about: The Innocent

"I'm interested in exploring characters who are at war with themselves"

SAN SEBASTIÁN 2018: We talked to Swiss director Simon Jaquemet about his second long-awaited feature film The Innocent, screened in competition at the festival

Simon Jaquemet in the starting blocks with Electric Child

Cineuropa met up with Seraina Rohrer, the director of the Solothurn Film Festival, to discuss the upcoming edition of the festival (24-31 January) and its core values 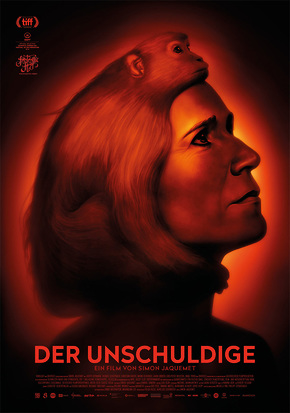