24/09/2018 - SAN SEBASTIÁN 2018: Switzerland's Hannes Baumgartner sculpts his own character from some fairly rich yet crude material: the true story of the so-called "midnight murderer"

In his first feature film, Midnight Runner [+see also:
trailer
interview: Hannes Baumgartner
film profile], presented both in the New Directors section at San Sebastian Film and at Zurich Film Festival, the young Swiss director Hannes Baumgartner approaches his subject matter like a sculptor. Inspired by some rich yet crude material – the true story of the so-called "midnight murderer" – the Swiss director sculpts his own character. One chiselled shot after another, Mischa Ebner (the protagonist’s real name) turns into Jonas Widmer, not a copy, but a disturbing shadow of what Mischa could have been: a "normal" boy who gives into the dark side of his personality despite extreme efforts to create a daily life punctuated by reassuring rituals (for him as well as for those who around him).

In Midnight Runner, Hannes Baumgartner presents the precise moment in which Jonas falls into the abyss, lulled by a primordial desire that is meticulously and painfully kept at a distance.

In contrast to the easy excuses many have tried to offer for Mischa's violence (a so-called "double personality" in a super-healthy body), the Swiss director takes on the role of the observer, taking possession of his character’s almost clinical meticulousness in order to spy on him through the camera (there are numerous close-ups on his face, strained by effort or anger), never stopping, and always on the look-out for tangible clues that he very well knows are impossible to find.

During the film’s ninety-minute runtime, all our senses remain on alert: our eyes scan Jonas’ impenetrable face (played by the talented Max Hubacher), our ears tune into the rhythm of his breathing as the protagonist struggles along a mountain marathon that dangerously resembles the crazy runs he embarks on to get away from his victims. No extra-diegetic music contaminates this lab, set up by the director in order to better analyse his protagonist, extracting the scent of violence that animates him.

The freedoms that Hannes Baumgartner takes with respect to the true story of Mischa Ebner – a "perfect" guy, an incredible marathon runner and an undeniably skilled chef – amplify the final goal he has set himself: capturing the moment in which everything collapses, in which the masks fall, in which life escapes us.

The mystery that still lingers today about the "midnight murderer’s" personality dominates the whole film, which develops thanks to subtle layers of parallel realities: that of the ideal boy, of the perfect colleague, of the unscrupulous aggressor, of the ambiguous brother, of the son that needs protecting. With almost clinical coldness, Hannes Baumgartner contaminates every area of Jonas' life, unmasking it completely. All of this causes us viewers to descend into an underworld, which we have no control over: grotesque and unexpectedly cathartic.

SAN SEBASTIÁN 2018: We spoke to Swiss director Hannes Baumgartner, who explained to us how he built the intriguing main character in his first feature, Midnight Runner

Producer Noah Bohnert was the big winner for Tillo Spreng’s debut feature, Wound, at the end of the programme’s showcase event 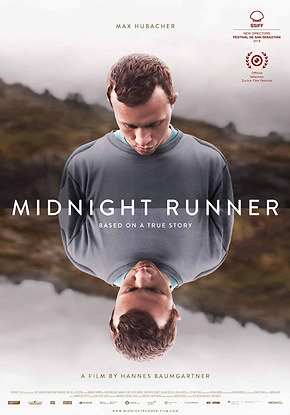 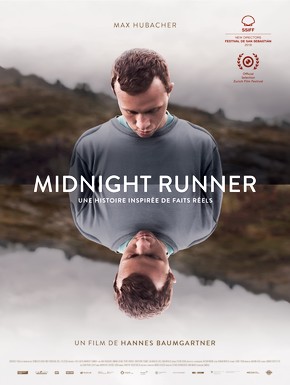 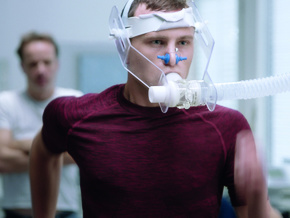