21/09/2018 - TORONTO 2018: In his sophomore feature, Istanbulite Ali Vatansever observes how aggressive urbanisation is altering both his city and his country through the eyes of a simple but broken man

Born and raised in Istanbul, Ali Vatansever is an urban photographer and filmmaker. In 2008, he co-founded the Istanbul-based creative production house Terminal Film, and four years later, he directed his debut feature, the dramedy One Day or Another, which was awarded at various international film festivals. His sophomore feature, Saf [+see also:
trailer
interview: Ali Vatansever
film profile], had its world premiere in the Discovery section of the 43rd Toronto International Film Festival.

The district of Fikirtepe, on the Anatolian side of Istanbul, is going through a huge urban transformation. Once an area rife with squatters, the neighbourhood is now undergoing a total reconstruction as new houses and commercial buildings are being erected. Twenty-eight-year-old Kamil (Erol Afşin) lives there with his wife, Remziye (Saadet Işıl Aksoy). He has been unemployed for a long time, while she has been working as a housekeeper for a rich family. They are unable to make ends meet and are at risk of losing their home. Their deprived neighbourhood also hosts Syrian refugees, who are also in jeopardy, as the relentless urbanisation is destroying the deserted buildings that they use as shelters.

Weighed down by the unbearable financial pressure, and much against his beliefs, Kamil secretly starts working as a bulldozer operator on one of the construction sites that are destroying his land. To make things worse, he agrees to receive a lower wage at a level usually reserved for Syrian refugees, thus stealing the job from one of them. This will, of course, spark conflict on the site, especially when his Turkish colleagues hear about it. Slowly, the pressure of work and the new environment change Kamil, and this is even evident in his relationship with Remziye. When he unexpectedly disappears, Remziye must deal with the consequences.

Vatansever, who also wrote the script, creates a bleak, topical social drama set during the most transformative period not only for Istanbul, but also for Turkey as a whole. More importantly, he observes how the forces that are altering the city’s landscape can also destroy a simple man like Kamil. In Turkish, “Saf” means pure, naïve, gullible or foolish, and Kamil reflects all of these attributes. The malevolent environment that surrounds him slowly chips away at his personality, making him a ruthless fighter struggling to survive, and Afşin depicts this change in a realistic way. Of course, Remziye, also portrayed convincingly by Işıl Aksoy, is not invulnerable either, a fact that becomes more evident when she starts leading the story, as the mystery-thriller elements overpower those of social drama.

Steering clear of depicting the typical image that most of the Western audience might have of the city, Saf addresses the most complex questions tormenting Istanbul in a straightforward, linear way. Vatansever takes a huge risk by addressing so many timely issues – the financial crisis, Syrian refugees, social degradation, aggressive urbanisation, and family and professional relationships – but he manages to juggle everything and keep a delicate balance without delivering an overwhelming or bloated final result.

Saf could be a sleeper hit. The story evolves for the viewer over time, and the initially distant characters come extremely close, making the examination of the human conscience even more prominent. The impressive performances in conjunction with the unexpected storytelling definitely offer a different perspective on a subject that has already been explored multiple times – and not only in Turkish cinema.

“How do you stay human when you’re surrounded by monsters?”

Turkish director Ali Vatansever talks to us about his second film, Saf, which was screened at Bari’s Bif&st and which focuses our attention on a tricky moral dilemma

TORONTO 2018: In his sophomore feature, Istanbulite Ali Vatansever observes how aggressive urbanisation is altering both his city and his country through the eyes of a simple but broken man

The 13th Meetings on the Bridge hands out its awards 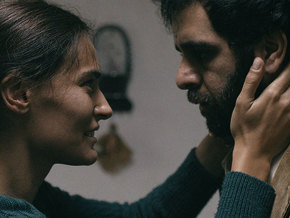 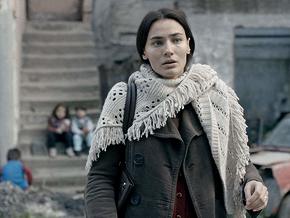