Review: The Vice of Hope

24/09/2018 - TORONTO 2018: Neapolitan director Edoardo de Angelis has premiered his new drama about surrogacy, prostitution and human trafficking in the world of the Camorra

Pina Turco in The Vice of Hope

The Vice of Hope takes place in Castel Volturno, a very tourist-unfriendly and dangerous Neapolitan seaside municipality, which has served as the backdrop (in films and in real life) for drug trafficking, prostitution and, now, the surrogacy mafia. This atmospheric movie – which conjures up the same, usually unwholesome ambiance bordering on psychological horror as that found in Dogman [+see also:
film review
trailer
interview: Matteo Garrone
film profile] and The Embalmer by de Angelis’ fellow countryman Matteo Garrone – is led by the character of Maria (Pina Turco), a woman who provides for her family by involving herself in a business revolving around prostitutes who become surrogate mothers. Day after day, Maria devotedly transports these victims of the mafia across the Volturno river in a rowing boat. Her mission is to take those women who are in their final month of pregnancy to a dingy, filthy shack, where they will subsequently give birth without any medical equipment, nor any nurses to help them through their labour.

The film kicks off with one of the African girls disappearing. Dedicated to her particular role in the local mafia, Maria starts searching on foot and in her wooden boat in order to find her. But the hunt for the fugitive becomes a key event that will give her the guts to confess something both to her family and to the matriarch who runs the business. She harbours an enormous secret that will deprive her of her freedom and bring her whole life toppling down – because Maria is also pregnant. The Vice of Hope is a harrowing drama about the legend of the tormentor becoming the tormented.

Set to a soundtrack of Neapolitan ballads and tribal songs from Africa, we follow the tragic story of a woman who loses her powerful (and symbolically male) position in the local mafia. The director captures this decline in authority through the character’s feminisation. Thus, the protagonist, who at the beginning of the feature dressed, walked and behaved like a man, ends up nurturing a surprising maternal instinct that will make her put her very life on the line. The Vice of Hope is a portrait of the woeful female condition in the world of the Camorra, which discusses the topics of prostitution, human trafficking, surrogacy and poverty in the towns in and around Naples.

The Vice of Hope was produced by Tramp Limited, O' Groove and Medusa Film. Italy’s True Colours is in charge of the international sales.

more about: The Vice of Hope 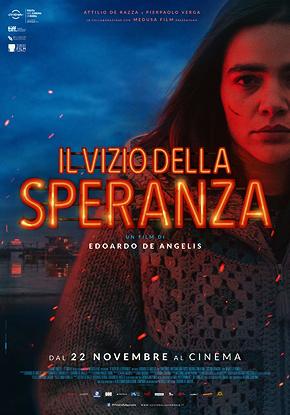 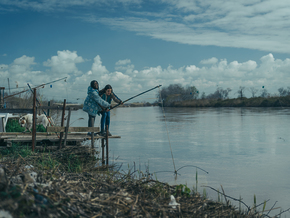 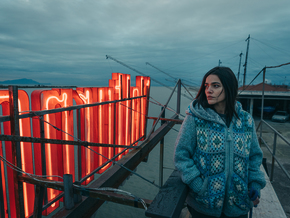