Review: Some Time After

27/09/2018 - SAN SEBASTIÁN 2018: José Luis Cuerda reinvents the dystopian genre, adding his own unmistakable twist thanks to his trademark humour, as surreal and absurd as it is biting and entertaining

The very cream of Spanish comedy, from Arturo Valls to Joaquín Reyes’s troupe and the great Andreu Buenafuente, have given their endorsement to the hotly awaited new film from the acclaimed José Luis Cuerda. Some Time After [+see also:
trailer
film profile], a madcap fantasy, bizarre, biting and highly entertaining, offers a new Manchego slant on the futuristic dystopia that ventures into the surrealist territory of his unforgettable cult favourite, Amanece que no es poco. Screening out of competition at the 66th San Sebastián International Film Festival, Cuerda’s latest offering will not disappoint his fans, with its succession of gags, snappy exchanges and a host of other figments of his unfathomable imagination. In its sheer weirdness and departure from anything else in the cinematic universe, this film is bound to charm.

The action is set in the distant future, where the only skyscraper still standing is inhabited by a bunch of humans just as witless as we are now. Here, those who have a job to do live alongside their corresponding civil and spiritual authorities, governed by an apparent order and a monarchy appointed through a card game. Outside lies a forest where the poor live crammed into cabins; lacking gainful employment, they’ve been exiled from the capitalist collective and now represent the forces of chaos. It all starts to get complicated when one of these raggedy pariahs tries to shatter the global status quo...

Here the two-time Goya winner shows his knack for taking a swipe — with the kind of dialogues that have schooled Cuerda disciples like the team behind Spanish comedy sketch show Muchachada nui — at more or less everything: monarchy, bureaucracy, the church and a sleepwalking, apathetic and utterly unrebellious youth. Wielding wordplays that will be tricky to translate into other languages and a string of sketches that shore up the episodes focused on each character, Cuerda (who at 71 has clearly not lost any of his energy or punk spirit) once again delivers a hilarious, and ultimately affectionate, smack around the head to the human species... Because it’s still completely hopeless.

It hits screens in Spain on 28 December, distributed by Entertainment One. International sales are being handled by Filmsharks.

more about: Some Time After

In his first foray into directing, actor Secun de la Rosa once again converts Benidorm into an international song festival (or at least a cover version of it)

Review: Some Time After

SAN SEBASTIÁN 2018: José Luis Cuerda reinvents the dystopian genre, adding his own unmistakable twist thanks to his trademark humour, as surreal and absurd as it is biting and entertaining

The festival will be closed by the world-premiere of Bad Times at the El Royale, by US director Drew Goddard

José Luis Cuerda is back with Some Time After 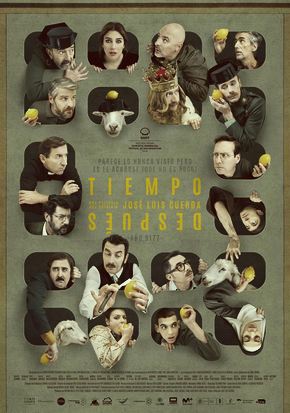 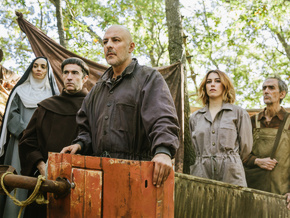