27/09/2018 - SAN SEBASTIÁN 2018: Naomi Kawase launches her bid for the Golden Shell with an uneven film, offering the odd glimmer to remind us that we’re in the company of one of cinema’s greats

Sitting down to watch the work of such a manifestly talented director, capable of conjuring unique and inspiring films, is always somewhat risky. Our expectations fundamentally colour our judgement, and knowing how to manage them and stop them getting in the way of our experience isn’t always easy. This is exactly what happens with Vision [+see also:
trailer
film profile], by critically acclaimed Japanese director Naomi Kawase. We go in expecting to be taken on a transcendent journey, immersed in a rich universe where our senses are constantly gratified, and when it doesn’t happen, we feel frustrated. That’s not to say that Kawase’s entry in the official competition at the San Sebastián International Film Festival is an unmitigated disaster, but it’s clearly a comparatively minor work in the filmography of a director with such a fundamental place in the contemporary cinematic landscape.

Vision centres around Jeanne (Juliette Binoche), a French writer who travels to Japan, specifically to Mount Yoshino, in search of the plant that lends the film its title. Vision, the plant, is a unique medicinal herb that grows only once every 997 years, and is said to have the power to cure the anxiety, weakness and existential agony that afflict humanity. As she hunts for this precious treasure, Jeanne meets Satoshi (Masatoshi Nagase, a familiar face in Kawase's work), a forest ranger who watches over Aki (Mari Natsuki), a wise woman who seems to have a direct link to the spirits inhabiting the forest. The profound, transcendental connection between the characters is palpable, although the foreigner’s arrival creates ripples that foreshadow the arrival of a great transformation.

In the first half of the film, it’s impossible not to be transfixed by the director’s skill in portraying the luscious natural landscape in all its glory. Kawase is a master at capturing the details and subtleties nestling behind phenomena that others would simply overlook. As a result, the forest becomes another of Vision’s characters — perhaps the most important one of all. It's the forest that governs people's mental and emotional states, and its spirit seems to have an almost physical presence, like a mysterious creature from a Hayao Miyazaki film. All of this is no small achievement, and at times the film is quite enthralling. Unfortunately, there comes a point where it all gets rather repetitive, and we have to work a bit harder to maintain our attention.

The storytelling, which doesn’t exactly flow at the best of times, starts to flounder and goes off on a fantastical tangent that’s hard to relate to. Interspersed throughout the film are a series of flashbacks intended to cast some light on Jeanne’s backstory. In a way, they do achieve this, but at the cost of introducing a pervasive, sappy lyricism that cloys more than it moves. The main problem with Vision is that Kawase’s undeniable formal virtuosity is not coupled with a strong story, equal to conveying the truths we find in much of her other work. Ultimately, it feels like the film ends before reaching its true destination; we see a tantalising sunset ahead, but never step fully into its light.

VENICE 2019: With this year’s opening film, Hirokazu Kore-eda proves he is good enough to survive a shoot in another language, but not good enough to avoid every piece of clunky dialogue

The festival was brought to a close by the screening of Naomi Kawase’s Vision, followed by My Foolish Heart by Rolf Van Eijk, a documentary dedicated to trumpet player Chet Baker

SAN SEBASTIÁN 2018: Naomi Kawase launches her bid for the Golden Shell with an uneven film, offering the odd glimmer to remind us that we’re in the company of one of cinema’s greats

The festival will be closed by the world-premiere of Bad Times at the El Royale, by US director Drew Goddard 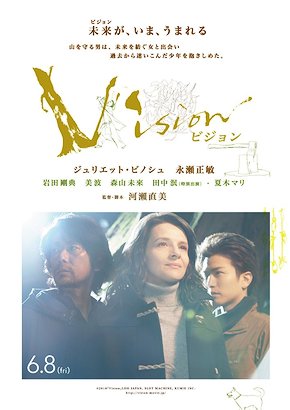 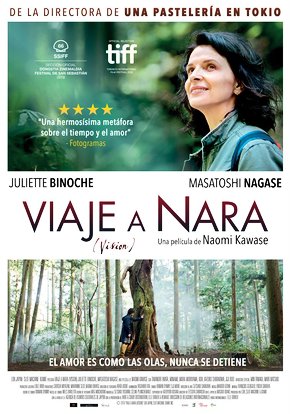 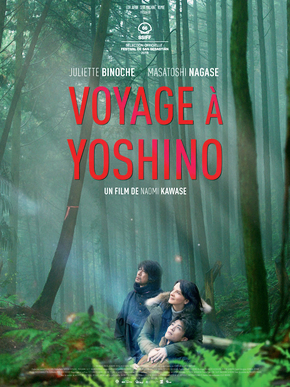 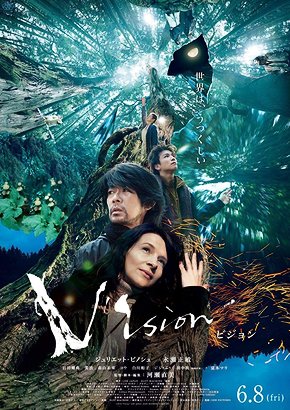