28/09/2018 - SAN SEBASTIÁN 2018: Writer-director Laurits Flensted-Jensen explores the norms and boundaries of modern society through the story of three unhappy protagonists

Danish writer-director Laurits Flensted-Jensen is taking part in San Sebastián's New Directors section with his first feature, Neon Heart [+see also:
trailer
interview: Laurits Flensted-Jensen
film profile]. Following three mutually connected characters as they struggle to find the right life for themselves, the filmmaker tackles the themes of growing up, sexuality, disability, addiction, and the need for affection and belonging.

Niklas (Niklas Herskind, also seen this year in Lovers) is a recovering drug addict who, as part of his post-rehab social therapy, works with people with Down syndrome, while still dabbling in drugs. He is the ex-boyfriend of Laura, and she hesitantly wants to get back in touch with him.

Frederik (Noah Skovgaard Skands) is Niklas' 17-year-old brother. As his older sibling says in a rehab meeting, they grew up in a feminist commune. Frederik is a gentle boy, but he wants to prove his manliness by taking part in an upcoming hooligan fight, along with a more adventurous buddy.

Meanwhile, for the 40th birthday of one of his protégés, Niklas takes him and one of his friends with Down syndrome to a brothel. Contrary to Laura's segments, these scenes possess a remarkably tender innocence, showing us what Flensted-Jensen is most interested in: how our perception of expected roles and behaviours can easily be turned on its head and win out over our prejudices. Or, perhaps, just confirm them: another scene with Laura and a disabled individual she is taking care of proves that even a wheelchair-bound man can be abusive.

DoP Balthazar Hertel's camerawork is more than competent, and the use of lighting, especially in nocturnal, blue and red neon-tinted scenes, makes the atmosphere ambiguous, hinting at dark undertones in what is, according to most studies and polls, considered the happiest society in the world. Judging by the lives and aspirations of our protagonists, statistics are just figures that do not have much of a bearing on an individual's life.

Neon Heart was produced by Denmark's Walenciak Film, and is handled internationally by Paris-based Stray Dogs.

“My childhood was a lot about challenging norms”

SAN SEBASTIÁN 2018: We sat down with Danish filmmaker Laurits Flensted-Jensen, whose feature debut, Neon Heart, is screening in New Directors

The Danish filmmaker is continuing principal photography for his sophomore feature, with Victoria Carmen Sonne and Mikkel Boe Følsgaard starring in the lead roles

SAN SEBASTIÁN 2018: Writer-director Laurits Flensted-Jensen explores the norms and boundaries of modern society through the story of three unhappy protagonists

The programme of the Basque gathering's section dedicated to up-and-coming talents has been rounded off with works by European, US, Latin American and Asian debutants

The French company is selling the film by Czech director Adam Sedlák, which will have its world premiere in Karlovy Vary’s official competition 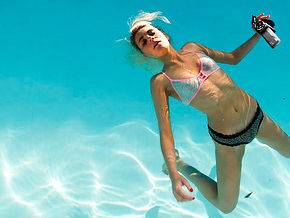