09/10/2018 - In his modern-day adaptation of the novel, the director of We Are Young. We Are Strong follows an African refugee's descent into the Berlin underworld 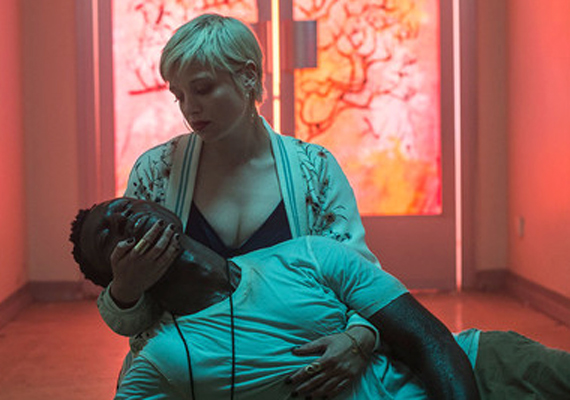 The script, co-penned by Qurbani and Martin Behnke (his collaborator on We Are Young. We Are Strong), transposes the original story (already made into a feature film once, by German director Phil Jutzi in 1931) to modern-day Berlin. The main character, 30-year-old Francis (Welket Bungué), is a refugee from Guinea-Bissau who finds himself in the German capital after illegally crossing the Mediterranean on a boat – ending up as the voyage’s sole survivor – and soon realises that making an honest living as a stateless refugee with no papers is virtually impossible. Francis first strives to stay on the right path, even after he meets the shady German drug dealer Reinhold (Albrecht Schuch), but the two men are “bound together by a cynical fate and destructive magnetism, friendship and betrayal, hatred and a dark eroticism, as well as by love and the abuse of this love” (to quote Qurbani's 2015 TFL AdaptLab notes), and Francis thus gets sucked into the Berlin underworld.

The cast of Berlin Alexanderplatz also includes Jella Haase (from the hit Suck Me Shakespeer [+see also:
trailer
making of
interview: Jella Haase
film profile] franchise), Joachim Król and Annabelle Mandeng. The film was lensed by Yoshi Heimrath (who has handled the cinematography on Qurbani's films ever since Shahada). The movie is being produced by Sommerhaus Filmproduktion (Germany) in co-production with Lemming Film (Netherlands) and ZDF, in cooperation with ARTE, with the support of the German Film Board (FFA), the German Ministry of Culture and Media (BKM), the regional funds of Berlin-Brandenburg, Baden-Württemberg and North Rhine-Westphalia, as well as Eurimages. The film’s international sales are managed by Beta Cinema.