11/10/2018 - The fourth and final instalment in the Nordic-noir “Department Q” series, helmed by Christoffer Boe, has had the biggest opening for a Danish film at the local box office 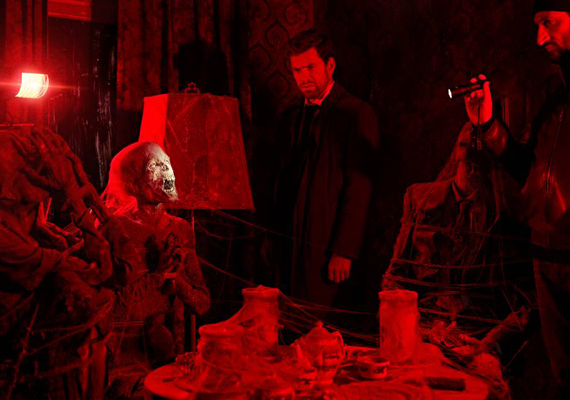 The Purity of Vengeance by Christoffer Boe

Danish director Christoffer Boe has delivered probably the most eagerly awaited film in his country, and the figures certainly bear this out. The Purity of Vengeance [+see also:
trailer
interview: Elliott Crosset Hove
film profile] is the fourth and final instalment in the “Department Q” franchise, the successful Nordic-noir film adaptations of Jussi Adler-Olsen’s crime novels. The film, which was released last week in Denmark, had the best opening for a Danish movie, with an impressive 215,052 admissions (including sneak-preview tickets) during the first weekend.

The Purity of Vengeance, which, like the previous films in the series, was produced by Zentropa, was released by Nordisk Film locally and opened in 135 cinemas nationwide, was also well received by local film critics, with some of them claiming that this is the best instalment in the series. The previous record opening was also for a Department Q film – more precisely, the third instalment, 2016’s A Conspiracy of Faith [+see also:
trailer
film profile], which opened with 207,669 admissions and sold over 700,000 tickets by the end of that year. Nor did the first two movies disappoint, as the first one, The Keeper of Lost Causes [+see also:
film review
trailer
interview: Eugenio Mira
film profile], reached 725,000 tickets and the second, The Absent One [+see also:
trailer
film profile], notched up 764,000.

As in the previous films, the lead duo comprises Nikolaj Lie Kaas as Criminal Commissioner Carl Mørck and Fares Fares as his assistant Assad, both of Department Q. In The Purity of Vengeance, they come across three mummified bodies in an old apartment in Copenhagen. The corpses are found sitting around a four-place table, but one seat is free. The investigators now have to identify the bodies and also to find out who the fourth free space might be intended for. Their search will bring them to a notorious women’s hospital on the island of Sprogø. The script was written by Bo Erhard Hansen, Nikolaj Arcel and Mikkel Nørgaard.

Regarding this successful launch, Zentropa producer Louise Vesth stated: “The Purity of Vengeance can be watched by anyone – even by those who haven’t read the book or seen the previous films. The fantastic opening figures are great news for us, and we are very happy and grateful.”

TrustNordisk has sold the film internationally to more than 50 countries, and Wild Bunch will release it in France, NFP in German-speaking countries and Lumière in Benelux.