12/10/2018 - The industry section of the leading documentary gathering includes a series of talks, multiple professional events and the presentation of Romanian Docs in Progress 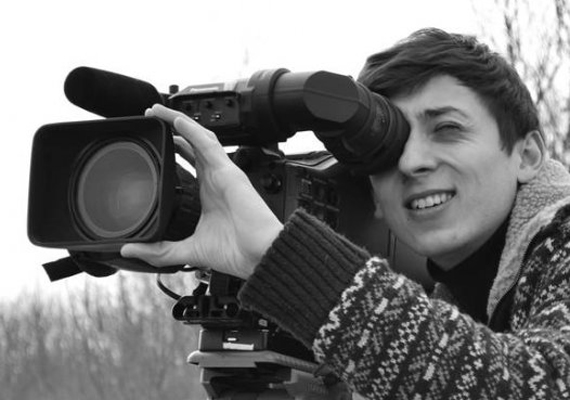 Director Mihai Dragolea, who will be pitching Come With Me at the event

The 25th-anniversary edition of the Astra Film Festival (AFF), the most important Romanian gathering for non-fiction cinema, which runs from 15-21 October in Sibiu, is once again focusing on its industry section. Under the DocumentaryTank@AFF umbrella, and for three consecutive days, from 17-19 October, the AFF will become a hotspot for documentary professionals who will have a chance to attend conferences and panel discussions, participate in networking events and, of course, be introduced to the Romanian Docs in Progress.

In detail, the Romanian Docs in Progress slate will give Romanian filmmakers the chance to present their work to a wider audience of local and international film professionals. A total of 13 projects have been selected for this special showcase, and they have been split across two separate events. On 18 October, nine of the projects, which are currently at different stages of development, will be presented in a series of curated one-to-one meetings with potential partners and other experts who will focus on them and offer their feedback. The day after, on 19 October, the remaining four projects will participate in a pitching session in front of an audience of producers, distributors and festival representatives, and will be aiming to snag one of the industry awards.

Most of the talks scheduled to take place during DocumentaryTank@AFF cover various aspects of the financial and co-production challenges that documentary filmmakers and producers often face. A round-table discussion with experienced European producers will focus on European co-production schemes and their impact on documentaries. Creative Europe MEDIA Desk Romania, in partnership with Creative Europe Desk München, will also present the possible funding opportunities for documentaries within the Creative Europe sub-programme, while Simon Kilmurry, executive director of the International Documentary Association (IDA), will discuss the ways in which European documentaries can gain a foothold in the US market.

For local professionals, Adina Popescu will present a discussion that will showcase the opportunities that Romanian documentary filmmakers have to develop their projects further and get financed in Europe, and Marilena Ilieşiu will introduce the co-production possibilities offered by Studio Video Art, which, for almost 30 years, has been promoting young filmmakers who take edgy cinematic approaches. Finally, Ally Derks, former director of the International Documentary Film Festival Amsterdam (IDFA), will offer insights on the festival world and will give filmmakers some useful advice on how to operate on the festival circuit.