16/10/2018 - Danish filmmaker Martin Skovbjerg's feature debut is an ambitious and arresting take on the impact of role models, privilege and technology on a certain type of male psyche

Vilmer Trier Brøgger and Jonas Bjerill in Sticks and Stones

Rising Danish filmmaker Martin Skovbjerg makes an arresting debut with Sticks and Stones [+see also:
trailer
film profile], which examines a toxic school friendship teetering on the precipice of violence. After screening in competitive sections at CPH PIX and the Montréal Festival du nouveau cinéma, the film was shown this week in the “Dare” section of the BFI London Film Festival, where audiences would recognise the popular idiom lending the film its English title. But its original Danish name, Brakland (translating to "Waste Land"), is a stronger hint at Skovbjerg and screenwriter Christian Gamst Miller-Harris’s bleak concerns.

The story kicks off with Simon (Jonas Bjerril), who is shown in the opening scenes enrolling at a new school in Vesterby, having relocated from Copenhagen because of his mother’s work. The son of two doctors, he is an introverted boy, seemingly a little uncomfortable in his own skin. He soon attracts the attention of Clara (Sophia Andersen Martinussen), but makes faster friends with the charismatic and more immature Bjarke (Vilmer Trier Brøgger), who sows the seed for the disruption to come.

The crux of the film arises from a school project devised by their teacher Anne (Emma Sehested Høeg), who sets the class a video-documentary assignment entitled “Us, Today”. Simon and Bjarke partner up and subvert the project’s humanist intent by making a satirical, David Attenborough-style "nature" film, Planet of Apes, that has the tone of a particularly cruel adolescent prank. Their project’s raw home-video footage and voice-over narration comparing the inhabitants of their sleepy town to sexually perverted animals continually intercut with the main film’s cinematography, and this eventually unveils more about the boys and their troubled home lives than they intended it to.

Shot mostly in a volatile, handheld style by David Gallego (Embrace of the Serpent, I Am Not a Witch [+see also:
film review
trailer
interview: Rungano Nyoni
film profile]), the film has an ambitious scope for a debut, musing on technology and privilege, and their impact on a certain type of vulnerable male psyche. Skovbjerg himself has a background in music videos, youth TV and electronic music production (he performs double duty on the film alongside his band, Av Av Av, who provide a dark-edged, Vangelis-style score). Here, he is aiming for a type of social observation and provocation not far in tone from Ruben Östlund or Michael Haneke, but loses his focus as the plot intensifies in the third act.

Still, Sticks and Stones has a reckless self-confidence that remains gripping, and this translates notably to the performances, particularly the supporting cast of well-meaning parents, teachers and role models, who the filmmakers suggest are ultimately responsible for their offspring’s moral vacuum.

Sticks and Stones is a co-production by Denmark's Snowglobe ApS, which also has the international rights, and Iceland's Pegasus Pictures.

more about: Sticks and Stones

Martin Skovbjerg's sophomore feature, Copenhagen Does Not Exist, in production

The new Danish psychological drama flick, which follows on the heels of Skovbjerg's Sticks and Stones, will star Angela Bundalovic and Jonas Holst Schmidt

Danish filmmaker Martin Skovbjerg's feature debut is an ambitious and arresting take on the impact of role models, privilege and technology on a certain type of male psyche 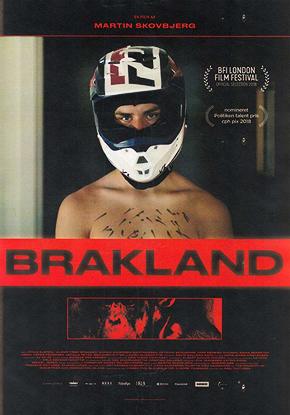 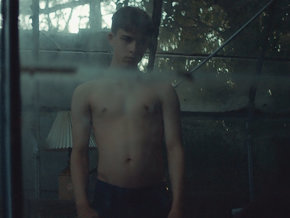 Produce – Co-Produce... – 11/08/2022
REPORT: Open Doors @ Locarno Pro 2022
A look at the Latin American-European projects Sopor and Bird by Ana Cristina Barragán and Kids Swimming in the Lake by Michael Labarca, currently in development