German director Tom Fröhlich takes a categorical stance – “government is not the people” – in his feature-length debut documentary, Ink of Yam [+see also:
trailer
film profile], winner of the Best School Documentary Award (see the news) at the 25th edition of Astra Film Festival (15-21 October, Sibiu). Shot in a tattoo parlour in Jerusalem, the documentary shows the interactions between the parlour’s two tattoo artists and their clients, of various religions and backgrounds, creating a suggestive canvas that may be more relevant and informative than any media coverage on Jerusalem and the political situation in Israel.

“Boom, silence, sirens, screams.” Four words that describe the difficult reality of Jerusalem, a city with a complicated history, the inhabitants of which – be they Muslims, Jews or Christians – are the victims of an ongoing conflict nurtured by the Israeli authorities. In these four words, tattoo artist Daniel Bulitchev, born in Leningrad and now living in Jerusalem, distils both the fear of and the dissatisfaction with the dangerous reality of the city. His voice will be accompanied by that of Poko Haim, his more taciturn colleague, but also by the voices of various clients, each of them with something to say about what the city, their religion and the conflict mean to them.

By choosing the tattoo parlour as a setting, Fröhlich succeeds not only in receiving personal (and most probably sincere) information from the individuals his camera observes, but also in talking about a certain philosophy of change, of becoming something else. There is an interesting perspective on controlling one’s life (when a bomb can end one’s life at any moment, can a tattoo really make one feel in control or safe?), but also on pain and the contradictions of being a Jerusalemite.

Territory, control, history, suffering, danger, stability and belonging all crop up in the conversations held in Hebrew, Arabic and English. For an audience that only knows Jerusalem and Israel from the news programmes which focus on the bellicose declarations of local decision-makers, Ink of Yam will reach beyond the smokescreen, showing the average Joe a very different landscape of hope and fear. The differences between what the Israelis think and what their government does may be easily extrapolated to any other extreme stances adopted by various world leaders. Do their people share the same position? Most probably they don’t.

A conversation with a former gambling addict tattooing a joker on the inside of his arm may seem overly long, but it harbours a solution for how to end a destructive situation. He may not be aware of the similarity between his gambling addiction and Israel’s obstinate investment in the ongoing conflict, but the director may have chosen his confession especially for his philosophy on putting an end to a harmful reality. Beautiful shots of Jerusalem, its streets and its sprawling, barren landscape are obvious suggestions that the opinions of the clients of the tattoo parlour may very well be shared by many of their fellow countryfolk.

Ink of Yam was produced by the University of Darmstadt.

more about: Ink of Yam 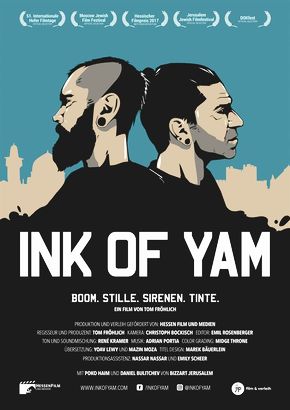 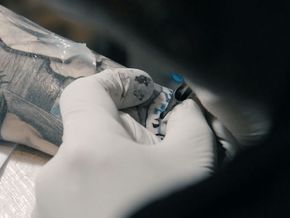 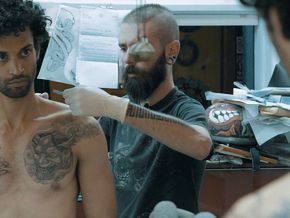 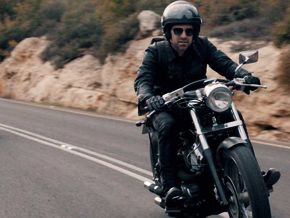 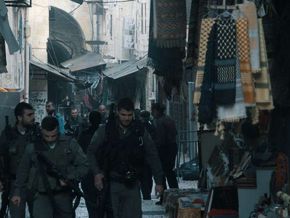