The three young protagonists in Paolo Virzì’s new film, Magical Nights [+see also:
trailer
film profile] – the closing film at the 13th Rome Film Fest – are catapulted into a sort of Dantesque circle of hell – that of late-20th century directors. A film in which the Livorno-born director humorously and irreverently brings the a by-gone era of Italian cinema to life (those belonging to the now elderly Monicelli, Risi, Scola and Scarpelli), which he became familiar with some thirty years ago when he moved to Rome, a mere novice, to pursue his dreams. But Virzì and his co-writers Francesca Archibugi and Francesco Piccolo also add a touch of the Italian giallo to the mix. Virzì’s film is not limited to the portrait of a by-gone era but also engages its audience in a mystery that needs solving, one that has to do with the mysterious death of a well-known film producer on the night of an unfortunate football defeat.

It's 1990 and the summer of the World Cup in Italy ("Magical Nights" is the title of a famous chant at the time) and in Rome, on the banks of the Tiber, everyone’s intently watching the semi-final. When the Italian player Aldo Serena misses the penalty, giving the victory to the Argentineans, a black Maserati crashes into the river, and no one notices, obviously, because everyone’s transfixed on the close-cut final. An explosive and paradoxical opening, which is followed in a similar fashion by a good part of the rest of the film. Producer Leandro Saponaro (Giancarlo Giannini) was in the car, and three innocent twenty-somethings are summoned to the police station to spill the beans: these aspiring screenwriters were the last people to see the producer alive that night.

A long flashback begins: the Sicilian cinephile and scholar Antonino (Mauro Lamantia), the exuberant Tuscan working-class Luciano (Giovanni Toscano) and the fragile and insecure high-bourgeois Rome-born Eugenia (Irene Vetere) met some time earlier that year at the prestigious Solinas Award festival, attending as the three finalists. They haven’t left each other's side since, looking for their place in the sun in the film industry. The three protagonists are immersed in a dynamic and overwhelming universe, populated by masters and scoundrels, in a beautiful and chaotic Rome, where we jump from one set to the next (Federico Fellini is wrapping up filming on The Voice of the Moon), and where scores of young writers bash away incessantly at their typewriters in order to churn out scripts for someone else to direct, between noisy dinners in osterias to lecherous parties with politicians and showgirls, divas who don't wear underwear, revered French actors who take sexual advantage of anyone who happens to be under their control and fraudulent producers.

The idea for this film came to Virzì during Ettore Scola's funeral two years ago. "I realised that the last of the great ones had finally left us, and then it occurred to me that I wanted to say thanks to these mythical characters and to do it in an irreverent way, playing around a bit, as they themselves once taught me to do," stated the director. There's no lack of funny moments (such as when the troublesome producer Saponaro discusses a biopic on Antonello da Messina with a passionate Antonino), so it’s too bad the three protagonists are somewhat caricatured, who – given the exuberant world they find themselves in – perhaps would have been more effective if they’d been slightly more understated. We’re also left wondering, given all the direct and indirect references to real-life people, if viewers who were not there or are not able to link names and people will be able to enjoy this film in quite the same way. A somewhat superficial, outrageous and melancholy story in favour of the portrait and anecdote, and one that’s certainly authentic and enjoyable at that.

Magical Nights is a Lotus Production and RAI Cinema production in association with 3 Marys Entertainment. The film will hit Italian cinemas on 8 November with 01.

We have met up with Paolo Virzì, who run a fun event with the public, followed by a screening of what went on behind the scenes of Magical Nights, at the Solinas Award Festival delle Storie

The best of recent Italian cinema returns to London from 26 February to 3 March, with Loro by Paolo Sorrentino due to kick off the festivities

The young video artist, Ana Shametaj films a group of actors at a residence in the woods while they rehearse for a show at the Teatro Valdoca 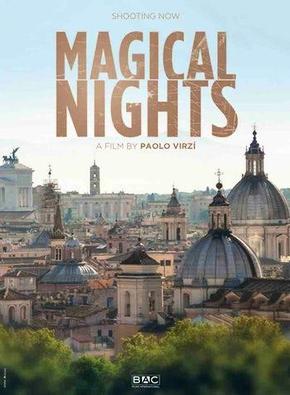 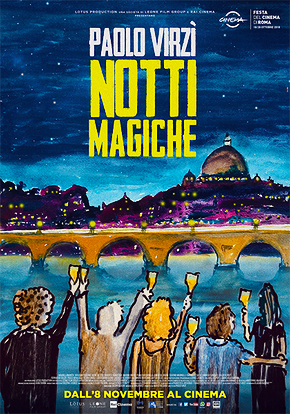 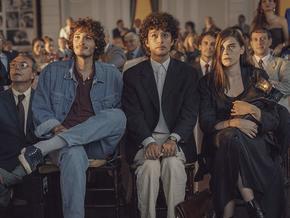 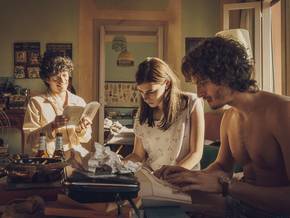