31/10/2018 - The highly anticipated portrait of Gorbachev is not Werner Herzog's finest hour, but this is due to various factors, including his subject's own state of mental deterioration

Meeting Gorbachev [+see also:
trailer
film profile], the latest film by Werner Herzog and his long-time collaborator Andre Singer, has had its European premiere as the opening film of DOK Leipzig and also screened at the Ji.hlava International Documentary Film Festival.

Herzog starts it in trademark dramatic style, saying to Gorbachev as he sits across from him, "I am a German. And the first German you met probably wanted to kill you," referring to the fact that Mikhail Sergeyevich was an adolescent during the Second World War. But instead, Gorbachev relates a story of a kind-hearted German family from his home village.

Already here, we see that the filmmaker's subject is not in tip-top mental condition at 87 years of age. Throughout the documentary, his eyes sometimes shine, but we see this is no longer the person who basically tore down the Iron Curtain with Kohl and Bush, and who, together with Reagan, started the crucial nuclear disarmament that signalled the end of the Cold War.

However, Gorbachev at times dodges Herzog's more delicate questions with the flair of the master diplomat he used to be, and at other points, he refuses to participate fully in the filmmaker's observations that almost idolise the political figure. But make no mistake: Herzog is not Oliver Stone any more than Gorbachev is Putin. The German master documentarian still has aces up his sleeve, and his subject, despite his advancing senility, is no less a tough nut to crack than he was in his prime.

After describing Gorbachev's childhood and early rise through the ranks of the Communist Party, the director arrives at his own turf, of tackling politics with a mix of pathos and black humour – and this is probably the best part of the film. When Brezhnev dies in 1982, he is succeeded by Gorbachev's mentor, Yuri Andropov, who lasts just over a year, and then gets replaced by the already terminally ill Konstantin Chernenko. Herzog whizzes through the three General Secretaries by editing their epic funerals in quick succession, all of them the same: black-and-red coffins that look like morbid wedding cakes being driven through Red Square, followed by troops trying to march slowly enough to be in sync with Chopin's "Funeral March", surrounded by masses of regular folks and the Party bigwigs.

Gorbachev's legacy is best described by his contemporaries: the clever Hungarian prime minister Miklós Németh, the smug Lech Wałęsa, and the piercingly intelligent and precise Horst Teltschik, Kohl's national security adviser, who provides the most honest and insightful views.

Herzog never manages to get real emotion out of his subject, so he borrows from Vitaly Mansky's 2001 documentary Gorbachev: After Empire, in which the great man sheds a tear as he talks about the death of his beloved wife Raisa. And we see that 17 years ago, he was still very much the man who had the guts to go for Perestroika and Glasnost, and the will and the power to tear down the walls between the East and the West.

So, if the subject is no longer in a state to do justice to his own character, why make a film about him? The answer is simple: Singer was commissioned by German broadcaster MDR to make Meeting Gorbachev, and the producer felt he needed the right match for this giant of world politics – so he went for the giant of documentary cinema. It's a pity that both fell short of expectations.

Films about Stalin, Gorbachev and the Romanian Revolution will be in the spotlight at the impending documentary festival

The highly anticipated portrait of Gorbachev is not Werner Herzog's finest hour, but this is due to various factors, including his subject's own state of mental deterioration

The acclaimed filmmaker's next documentary, centring on meteorites and comets, will see him teaming up once again with geoscientist Clive Oppenheimer 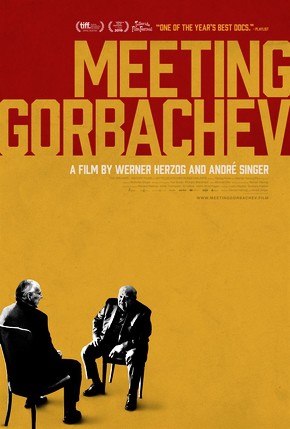 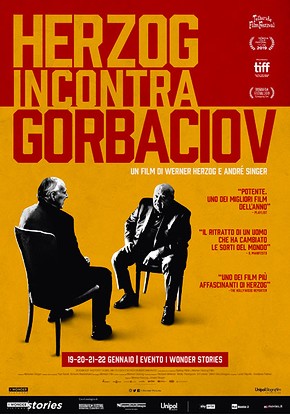 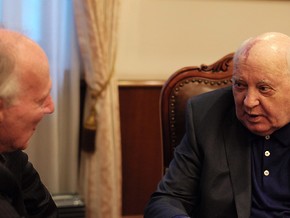 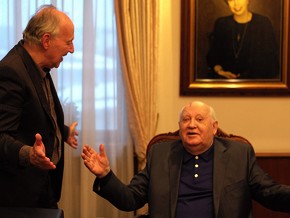 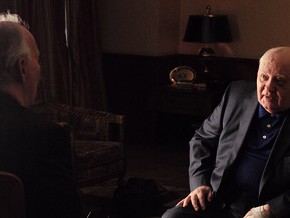