02/11/2018 - Gastón Solnicki has crafted an affectionate, handwritten account of friendship both in this life and beyond it

Hans Hurch’s (to put it mildly) idiosyncratic administration of the Viennale, the Vienna International Film Festival, ran between 1997 and 2017. Viennale-goers would be treated to few of the “trendy” festival hits in favour of the experimental, the left-field or the otherwise alternative. Straub-Huillet, Brakhage, Mekas and Yoko Ono were staples, as were true mavericks like Amir Naderi and Gianfranco Rosi, and essential essayists and critics like Thom Andersen, Chris Fujiwara and Jonathan Rosenbaum, all returning “family members” of the festival. There was a soft spot for Golden Age Hollywood, often involving Austrians: Wilder, Stroheim, Lang… There were no red carpets, ever. Glamour, if found, was of the 24-karat kind: Fay Wray, Lauren Bacall, Jane Fonda and Sylvia Kristel all flew in and turned the place upside down. The beautiful Vienna cinemas (of which Hurch saved at least one from closing down) were packed out.

Now, there are no more Hans Hurch festivals and, worse still, no more Hans Hurch. Last July, this passionate, intercultural flâneur suffered heart failure in the middle of a typical working day: he had gone to Rome to discuss the upcoming festival trailer with one Abel Ferrara and collapsed in his hotel. Still, the trailer got made: Ferrara delivered a loving little homage entitled, simply, Hans.

In Introduzione all’oscuro [+see also:
trailer
interview: Gastón Solnicki
film profile] (named after a piece of music by modern classical composer Salvatore Sciarrino, also performed here), which premiered at Venice and is now, aptly, screening at the Viennale, Hurch is the recipient of more love, this time from Argentinian director Gastón Solnicki. Solnicki, a Viennale family staple since the day he turned up in 2008 with his debut, Süden, travels to Vienna for an affectionate journey in his friend’s footsteps. His filmed account comes in a shape akin to Jørgen Leth’s or Agnès Varda’s essay documentaries, involving on-screen presence and very personal handwriting.

In this case, quite literally. After we see postcards that Gastón was sent, he visits an expert boutique to find out exactly which pen Hans used. “Medium-point ball, the ink is Pacific Blue, the most classic one…” he is informed. “Hans didn’t use email,” a title card reads. “For him, handwriting wasn’t merely a novelty, but an everyday thing.”

Solnicki’s “Hurchpedition” goes to Café Engländer, where Hans had an espresso named after him (and where Gastón steals a cup), to the piano mecca of the Bösendorfer Salon on Bösendorferstraße (Gastón tinkles the ivories and suggests a Facebook friendship with the representative), to the Hans-saved Gartenbau cinema (where we watch Straub and Lubitsch), to the Museum Moderner Kunst (to look at Richard Gerstl’s Die Familie Schönberg, a favourite painting of Hans’) and to the Zentralfriedhof cemetery, where the magnificent tombstones of Beethoven and Brahms are juxtaposed with the tasteful wooden sign that constitutes Hans’ resting place (not far from Falco’s). No traditional voice-over is used; narration comes through title cards, on-screen sound bites or a taped conversation between Hurch and Solnicki, touching on subjects like life, family, music, war, sentimentality, perversity and finishing things not one second before they are done.

It takes Solnicki 71 minutes before he is done. The result is charming, dignified, private and universal, all emanating from the best and by far the most rewarding aspect of the world of film festivals and movies: meeting new friends, sometimes for life, and beyond.

We spoke to Gastón Solnicki, whose Introduzione all'oscuro was shot in Vienna in 13 days and captures his bond with the city as well as one of its most colourful inhabitants

106-minute Director’s cut of Roberto Minervini's What You Gonna Do When the World’s On Fire? to receive world premiere at the fourth edition of ICA’s gathering

Festival Scope presents a selection of films from IFFR 2019

Gastón Solnicki has crafted an affectionate, handwritten account of friendship both in this life and beyond it 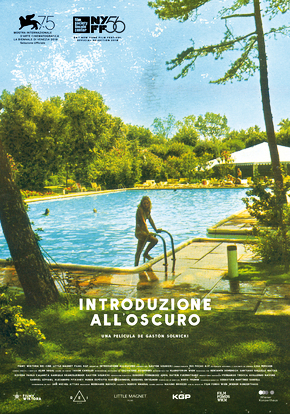 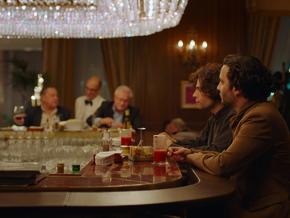 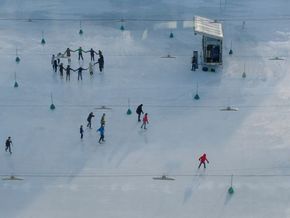 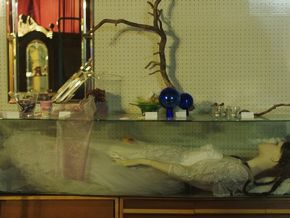