Review: Take It or Leave It

08/11/2018 - With her first feature, selected as the Estonian Oscar submission, Liina Trishkina-Vanhatalo reveals some very promising talent in her exploration of fatherhood

Reimo Sagor in Take It or Leave It

"Do you realise what life is like with a baby?" It’s this trivial question – with the appearance of a child in a man's life – that the Estonian director Liina Trishkina-Vanhatalo decides to answer in her excellent first feature, Take It or Leave It [+see also:
trailer
film profile] – her country's Oscar candidate for the 2019 Oscar for Best Foreign Language Film – presented in competition at the 19th Arras Film Festival. And while it is certainly interesting to see a woman filmmaker tackle the subject of fatherhood, it is above all the film’s narrative, and its atmospheric and subtly expressed qualities that strike the audience and immediately identify this talented director as one to watch.

Erik (the awesome Reimo Sagor), the main protagonist in a story written by Liina Trishkina-Vanhatalo, is 30 years old and works on a construction site in Finland, living with his colleagues. The young Estonian man – somewhat taciturn and impulsive – is summoned back home following a surprising phone call. There he is, stupefied, on the maternity ward where his ex, Moonika (Liis Lass), has just given birth to a little girl ("by the time I realised it was too late. I didn’t want to come crawling back after our last fight"). Once he’s absorbed the impact of what’s happened ("where were you when I called twenty times a day to apologise? Fuck off!") following a trip back to Finland, Erik accepts the event, but discovers that Moonika doesn’t want the child, a reaction labelled by hospital staff as postnatal depression. After an uncomfortable trip to the registry office, where both parents recognise the baby as theirs, naming it May, Erik finds himself alone to take care of her, first both day and night on the maternity ward, and then, faced with the choice of abandoning her to the social services, at his parents’ house (Epp Eespaev and Egon Nuter), who agree to take him in and help out temporarily. Between baby bottles, nappies, baths, walks and never-ending exhausting nights with a crying infant, the hope that Moonika will regain some sort of maternal instinct slowly begins to fade, leading Erik to decide to rent an apartment for him and his daughter. The rest won’t be much easier as he'll have to work hard, but there’s also room to live a little, and fall in love maybe. While the shadow of the child's biological mother lingers in the background...

A very accomplished film thanks to a very well-constructed screenplay, Take It or Leave It is a touching film about the difficulties and awakening of fatherly love as a reflection on the feminine condition. Wonderfully capturing micro-emotions, the director knows how to create suspense and deploy complexity under the guise of simplicity, while demonstrating an excellent mise-en-scene and mastery of the film’s tempo, setting and décor, with the aid of Erik Põllumma's brilliant photography. A very rich first feature that stands out and will no doubt lead to some very strong future prospects for its creator.

Take It or Leave It was produced and is being sold internationally by Allfilm.

more about: Take It or Leave It

Interview: Liina Trishkina-Vanhatalo • Director of Take It or Leave It

Liina Trishkina-Vanhatalo talks about her first feature film, Take It or Leave It, awarded at Arras and nominated to represent Estonia at the Oscars

Jumpman comes out on top at Arras

Ivan I Tverdovsky has taken home the Golden Atlas, while the Silver Atlas went to Daniel Sandu, Take It or Leave It scooped a Special Mention and the Audience Award went to The Eternal Road

Other winners at the 28th Festival of East European Cinema included Jumpman, Irina, The Load, Take It or Leave It, A Coach's Daughter and Never Leave Me

Review: Take It or Leave It

With her first feature, selected as the Estonian Oscar submission, Liina Trishkina-Vanhatalo reveals some very promising talent in her exploration of fatherhood

One Day comes out on top at the CinÉast Festival

The film by Hungary’s Zsófia Szilágyi has scooped the Grand Prix, while Winter Flies, Ága and The Other Side of Everything also went home with trophies 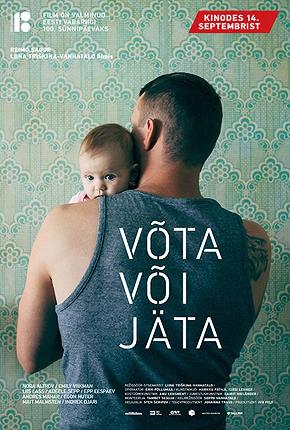 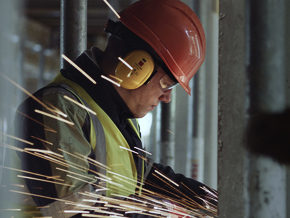