The screen is dark at first, we hear the sound of a pickaxe hitting a coal pit, and then we find ourselves in the warmly filtered light of a room where a mother dozes peacefully, her baby in her arms. And yet, after this rather tender scene, Irina says she would rather "not be alive." Following several award-winning short films, the Bulgarian director Nadejda Koseva's first feature, Irina [+see also:
trailer
interview: Martina Apostolova
film profile] – named after its heroine, winner of two awards at Bulgaria's Golden Rose Film Festival and in competition at the 28th Cottbus East European Film Festival, where it earned its lead Martina Apostolova the award for Best Actress – certainly gives us the impression of a tight family unit, but life is tough in Irina’s poor village, where daily routines, ways of doing things and interacting with others seem to be frozen in time, particularly during the winter months. This immobility is pregnated with a certain violence. Suddenly, one night, upon returning home, Irina – who has been maliciously sacked by her rude boss – discovers what her husband Sasho and her sister get up to while she’s not at home and nearly loses her husband, when suddenly, almost as if it were the next moment, a garden coal mine collapses. Sasho survives the potentially criminal accident, but without the use of his legs. As for Irina, after this first explosive act, her fury competing with necessity, she is forced to look for another way to make a living, even if it means selling her body one way or another.

The solution she finds is a "job offer" on the internet, posted by a well-to-do couple from Sofia in search of a surrogate. Something is raging behind Irina’s fixed expression and pursed lips, but she closes off everything inside her as she enters into hostile contact with this unfamiliar universe belonging to the wealthy man and woman, resulting in a cold exchange that seems to be summed up by envelopes stuffed with notes that the man gives her while accompanying her to the bus stop (seeing as she refuses him to let him take her home), a cold exchange, just like the bridge and road that separate Sofia from Irina’s village. They separate and connect the two places, because it’s the polarised dynamics – which collide and meet strangely, profoundly, as if there were a force of magnetism between them – that we watch evolve over the course of the film without ever leaving Irina’s eyes, experiencing a whole range of emotions that are sometimes firmly contained, and sometimes brutally liberated, brought to life in their ardour and ambiguity by the actress Martina Apostolova.

Koseva delivers a fairly well-mastered first feature film here, because instead of saying things, she chooses to subtly weave significance into patterns, giving them meaning: Irina's hands, comings and goings, shoes (country shoes give way to red heels and city boots)... She manages to convey all of this through her work as a director. Through a series of very well-handled parallels and mirrored effects (glass, and reflections in windows, transparent walls that act as a divide while also letting things pass through), Koseva portrays a patchwork of systemic fractures and social conflict that she viscerally and universally circulates in her exploration of Irina's thwarted maternal feelings and her slow, single-winter journey to the other side, towards a glimmer of reconciliation.

Irina was produced by the Bulgarian company Art Fest. The film's international sales are being handled by the Parisian company Alpha Violet.

"I'm always imagining the life of my character before we met"

Misho Antadze, Ladj Ly and Juris Kursietis were among the victors at this year's edition 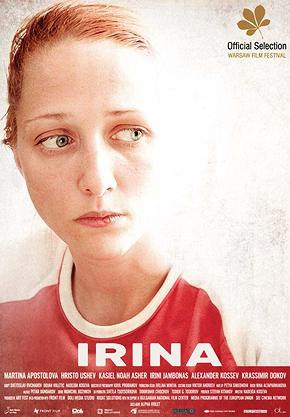 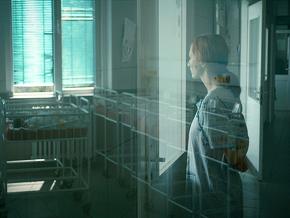 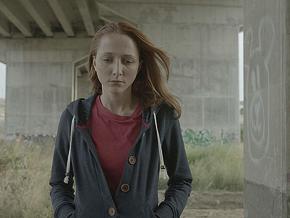 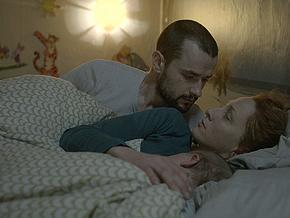