Eva Löbau in The Chairs Game

In The Chairs Game [+see also:
trailer
film profile], out now in German cinemas, Austrian-German actress Eva Löbau plays a new variation on the slightly embarrassed, over-sensitive and intellectual woman in her late thirties, a role that Löbau embodies surprisingly often in her films. In Lucia Chiarla's first feature, she introduces herself from the very beginning to the viewer as Alice, 39 years old, a freelance writer and editor from Berlin. She is single, she says, and adds immediately that this is, of course, irrelevant. And so she creates the first awkward situation – just one of many – even before the opening titles are through and the viewer gets a glance at the protagonist's face.

To help out a friend, Alice regularly takes part in marketing research surveys for new products, in which she has to talk about the merits of a specific paper towel, red wine or trendy lemonade, in order to encourage the other participants to buy it. Her remuneration consists of petrol vouchers – the thing is, she has no car. Alice is unable to find a job as a journalist or author, and the Berlin employment office forces her to attend a series of workshops where she is supposed to learn how to correctly apply for jobs. The recurring advice she receives is that she would be better off looking for a completely different profession. In front of her former colleagues, however, she waxes lyrical about the freedom and opportunities of being self-employed.

Alice is representative of a huge number of often female arts graduates who do not only live in Berlin, but have a predilection for the city. They moved there full of hopes and dreams, and are very often overwhelmed by the competition. They skip from one badly paid job to another, or end up as clerks for general office activities for which they are normally overqualified. The interviews that Alice goes to feel very familiar. The same applies to the discussions she has with friends and family, and a lot of young people will therefore be able to identify with Alice.

The main strength of the film is the authenticity of its dialogue and its careful observation of everyday life. Chiarla uses a laconic narrative style that implies a certain irony, which enables the film to swing between black comedy and drama. It amuses and disturbs at the same time. In accordance with the principle of Murphy's law, the story develops a destructive draw. At any given moment, the main character is completely plausible, which is the sole achievement of actress Eva Löbau, who played a similar role in Maren Ade's The Forest for the Trees (2003). Löbau’s performance is based on the principle of “less is more”, as is the whole film. Even though the running time is about two hours, there is not a single superfluous scene, and most of the story unfolds on the face of the protagonist. Despite the fact that she later becomes a pitiful character, the viewer barely gets attached to her, as she is embarrassing and repulsive. Chiarla paints a sombre picture of the employment situation of many young people, but she does so with empathy, humour and originality.

The Chairs Game premiered at the Max Ophüls Prize Film Festival and won the Award for Best Film at the Achtung Berlin Festival in 2018. It is a production by Kess Film in co-production with Schiwago Film and Camelot Berlin, and Filmperlen is in charge of its distribution.

more about: The Chairs Game 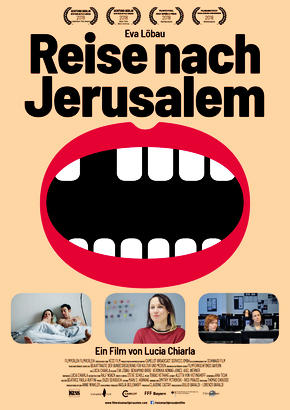 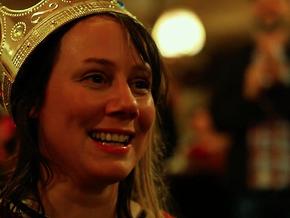 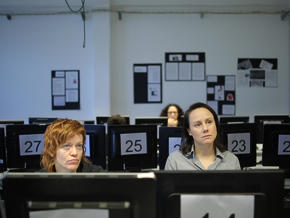 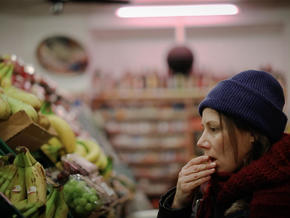 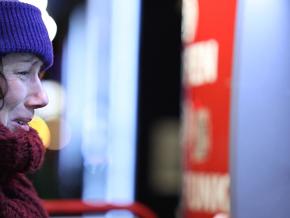 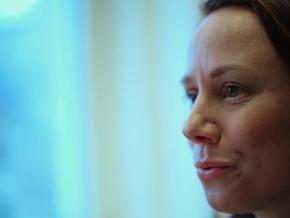 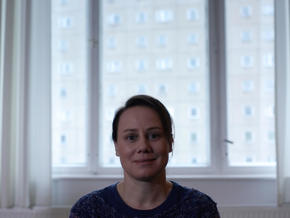 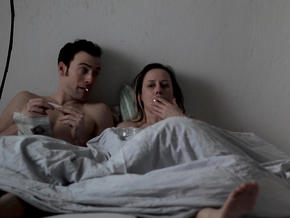 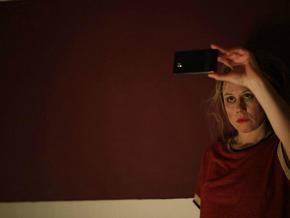