16/11/2018 - Portuguese director Rita Azevedo Gomes has taken on another literary challenge, and the result is a rich, varied and sophisticated feature

“War is made of debt, and peace is the conduit of corruption and vice,” says the Bishop of Trent (Alexandre Alves Costa), eyeing his former enemy upon signing a peace treaty to end the long war between his episcopate and the family of the Lords von Ketten. Historically, it is unclear who these gentlemen really are, as many bishops of Trent have been immersed in wars with rulers of the surrounding territories during the course of history. But dry facts are secondary in The Portuguese Woman [+see also:
trailer
interview: Rita Azevedo Gomes
film profile], helmed by one of the key figures in contemporary Portuguese cinema, Rita Azevedo Gomes, who has taken on another literary challenge. After adapting Stefan Zweig’s The Invisible Collection (2009) and making A Woman’s Revenge [+see also:
trailer
interview: Rita Azevedo Gomes
film profile] (2012), based on a story from Jules Amedée Barbey d’Aurevilly’s anthology Les Diaboliques, followed by her acclaimed documentary Correspondences [+see also:
film review
trailer
film profile] (2016), she demonstrates her deep affection for classical literature once again. The Portuguese Woman is a take on Robert Musil’s second of three stories in Three Women, and the screen adaptation was written by Agustina Bessa-Luis. The movie has just had its world premiere at Argentina’s Mar del Plata International Film Festival.

The film opens with the poem Unter den Linden (“Under the Lime Tree”) by medieval German lyric poet Walther von der Vogelweide, sung by Ingrid Caven in her recognisably out-of-tune manner. She provides a contrast with the spirit of the period drama by being clad in a contemporary black dress. In a strong performance, stumbling through the ruins of the once-rich castle and wild greenery, she’s a kind of (mainly) singing narrator of the story surrounding the titular Portuguese woman (Clara Riedenstein) and her warrior husband Lord von Ketten (Marcello Urgeghe).

Respecting the generations-old custom of not tying the knot with a woman from the surrounding area, von Ketten – a man from the family “cruel as knives that always cut deep” – weds in Portugal and takes his young spouse on a year-long journey back to his family castle near the Brenner Pass, the official Alpine border between Italy and Austria. He is eager to get stuck back into battle over a question of territory, and his wife is left with the servants and the newborn baby to wait for his return. Fast-forward 11 years, and things have barely changed, except for von Ketten’s deteriorating health, caused by a banal insect sting, as well as the appearance of “another Portuguese heretic” – the woman’s cousin, Dom Pero Lobato (João Vicente), whose presence sparks rumours about her infidelity.

By embracing Musil’s deliberate mystification of the timeframe, space and characters to address the perpetual mistakes of humankind and its biggest passion – love – Azevedo Gomes captures the very essence of the original story. All five shooting locations across Portugal bear incredible similarities to the writer’s descriptions, such as the shabby von Ketten castle, for instance. The drab tones of the mist-shrouded landscape at the foot of the mountain imbue Musil’s metaphor for mankind’s dissociation from true values with an extra touch of mystique. In stark contrast with them are the colours of burnt amber, yellow ochre and Prussian blue inside the castle, all adding to the feel of early Flemish painting. Behind the film’s magical cinematography is veteran DoP Acácio de Almeida.

The often-intentional static nature of the actors turns them into powerful tableaux vivants, while the doors to mysterious background spaces gape discreetly, in the manner of Pieter Bruegel the Elder’s hidden, out-of-focus details. The costumes by Rute Correira and Tãnia Franco, while not ostentatious, are masterful down to the smallest detail. Songs and ballads dating from the 12th to the 15th century, two of them composed by José Mário Branco, help keep the time and place fluid.

The Portuguese Woman is rich and varied in its characters, and sophisticated in its challenging dialogue, which is peppered with references to great works of art, literature and mysticism.

more about: The Portuguese Woman

BERLIN 2019: We caught up with Portugal’s Rita Azevedo Gomes to talk about her interesting casting choices in her fifth fiction feature, The Portuguese Woman

Portuguese director Rita Azevedo Gomes has taken on another literary challenge, and the result is a rich, varied and sophisticated feature 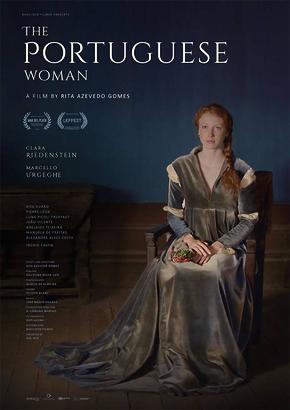 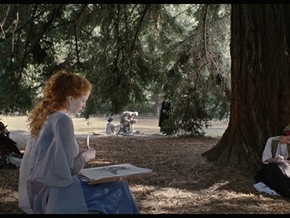