Konsta Laakso and Oona Airola in Land of Hope

Acclaimed in his native Finland, Markku Pölönen never really got his international breakthrough – but the decision to set most of his films in the middle of the Finnish countryside might have something to do with that. However, the multiple Jussi winner doesn’t seem to care – his latest effort, Land of Hope [+see also:
trailer
interview: Markku Pölönen
film profile], made nine entire years after Rally On! [+see also:
trailer
film profile], marks a return to familiar subjects and, to a certain extent, a return to form. Not to mention that it introduces boastful mentions of a pigsty for sale as an acceptable form of flirtation.

While the dialogue is occasionally clumsy (one sure hopes that “First you build a sauna, then you plough your fields” sounds a bit better in Finnish), the use of slow motion is completely uncalled for and the bombastic soundtrack takes it straight into TV territory on more than one occasion, there are a few things that make Land of Hope a rather pleasurable experience and explain the warm reception it has already received at the local box office. At a time when even superhero movies are getting as glum as the Batcave’s basement, there is something refreshing about Pölönen’s love for his characters, who are often grumpy and sad, but ultimately kind. Although almost everyone in his film seems to be marked by the war in one way or another, they still offer a helping hand or at least bring over a fish, while the most engaging supporting character turns out to be a horse – which, let’s face it, should always be the case.

But it becomes obvious quite early on where the real strength of the film lies. With the help of singer-turned-actress-turned-script consultant Paula Vesala, best known for her role in Selma Vilhunen’s Little Wing [+see also:
trailer
film profile], the story of a wounded soldier (Konsta Laakso) who gets a piece of land from the state, provided that he marries first, ultimately ends up revolving around women. It’s a move that, while not entirely convincing, sure is quite welcome. Men might have fought for the country, the message seems to be here, but women helped build it.

Women like Anni, played to perfection by Oona Airola. Already very lovely in The Happiest Day in the Life of Olli Mäki [+see also:
film review
trailer
interview: Juho Kuosmanen
film profile], here she not so much commands the screen as virtually takes it away. With a face made for period films, she already seems to belong to a different era. But it’s a testament to her skills that Anni somehow seems more alive than anyone else around her, going way beyond the now-obligatory “feisty female character”, whether escaping the parental “house of sorrow” after her brother’s death or starting a new life armed with nothing more than an axe and an array of surprisingly dirty songs. Even though there are things that simply don’t work here, as the story moves from the Gone with the Wind-like kiss to a fatal falling-out in a matter of minutes, it’s truly a movie where a star has been born. No, not that one.

The script for Land of Hope was co-penned by director Pölönen and Antti Heikkinen. It was produced by Rimbo Salomaa, Markus Selin and Jukka Helle, of Solar Films, and co-produced by Suomen Filmiteollisuus. It is being distributed by Nordisk Film and is out now in Finnish cinemas.

more about: Land of Hope

“I walk on the sunny side of the street”

We met up with Finnish helmer Markku Pölönen to discuss his latest period film, Land of Hope, which is out now in Finnish theatres

Thanks to crowd-pleasers Happier Times, Grump and Land of Hope, in 2018 domestic films notched up 1.9 million out of the overall 8.1 million admissions 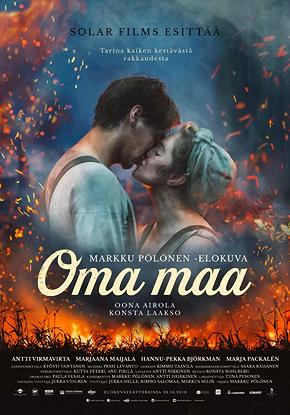 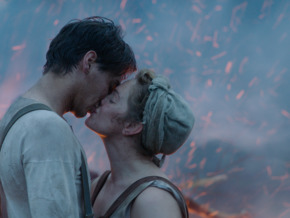