20/11/2018 - British filmmaker Toby MacDonald tackles the topics of “Britishness” and masculinity in his debut feature, a lightweight, comedic take on Cyrano de Bergerac, set in an all-boys boarding school

Few things are considered more British (or even English) than the country’s school system with its signature gender-segregated boarding schools. The key attribute of those places is a conservative set of values based on the idea of keeping the existing class system alive, which is demonstrated through the different traditions and rituals that each school adopts of its own accord. The very setting of Toby MacDonald’s feature debut, Old Boys [+see also:
trailer
film profile], which recently screened in the competition of the 16th Zagreb Film Festival, is arguably its strongest point.

Traditions might vary wildly from one school to another: take, for example, the (for the sake of this film, invented) sport called streamers, which is a variation on rugby played in a stream and involving a wall, a tree stump and a square ball. Nevertheless, the basics of the internal hierarchy among the students are always the same. Our unlikely hero is a scholarship student called Amberson (played by Alex Lawther, of The Imitation Game [+see also:
film review
trailer
making of
film profile] and Departure [+see also:
film review
trailer
film profile] fame), who is at the bottom of the school’s pecking order, as he is bullied by his fellow students and teachers alike for not being manly enough. He is often a prime target for “alpha male” Winchester (Jonah Hauer-King) and his clique. The school authorities, portrayed by a Shakespeare-quoting principal played by Nicholas Rowe (Young Sherlock Holmes) and an over-enthusiastic sports teacher, Huggins (Joshua McGuire), do nothing to stop it – quite the opposite, in fact.

The Cyrano de Bergerac-style plot starts unfolding when Amberson stumbles upon a French girl named Agnes (Pauline Etienne, glimpsed in supporting roles in The Midwife [+see also:
film review
trailer
interview: Martin Provost
film profile] and 2 Autumns, 3 Winters [+see also:
trailer
film profile]), the daughter of the new French teacher and failed writer Babinot (character actor Denis Ménochet). Visiting her father at school, she sees and hears Winchester reciting sentences in French (which Amberson is whispering to him), mistakes him for a poetic soul and falls for him. He might be popular and privileged, but he is neither romantic nor particularly smart or creative, so he asks Amberson, as the only brainy and artistic person in his immediate surroundings, for help, failing to assume that the two of them actually share the same crush.

The very idea of the film might not seem particularly original, and not all of the jokes in it land well (especially the ones about bullying and Babinot’s writer’s block), but under the surface, Old Boys examines the toxic masculinity of boarding schools in all its futility: those places will not make men of boys; they will leave grown men permanently locked in a boy’s state of mind. The topics of class and gender differences are not explored in depth, which means that the film falls far short of Lindsay Anderson’s 1968 masterpiece If…, but Old Boys is still lean, clear, easy to follow and entertaining, thanks to MacDonald’s sure-handed, if not spectacular, directing of a somewhat typical script written by Luke Ponte, a frequent collaborator on his shorts, and the more seasoned Freddy Syborn, who has several TV credits to his name.

Setting the whole thing in the colourful times around the fall of the Berlin Wall was a smart move, not just in terms of using the now-popular and omnipresent 1980s references, but also because it underlines how boarding schools are obsolete and are just relics of the not-so-happy past. The palette of predominant browns and greys suits the film well, highlighting the protagonists’ mood via the landscape.

Old Boys is a UK-Swedish co-production, staged by Momac Films Ltd and Film4 with the help of the BFI Film Fund, Creative England, Film i Väst and Plattform Produktion. WestEnd Films handles the sales.

Johan Timmers' Fight Girl, Christian Lo's Los Bando and Toby MacDonald's Old Boys are vying for the award, to be decided by audiences of 12- to 14-year-olds

British filmmaker Toby MacDonald tackles the topics of “Britishness” and masculinity in his debut feature, a lightweight, comedic take on Cyrano de Bergerac, set in an all-boys boarding school

A glance ahead at the 72nd Edinburgh Film Festival programme

The latest edition of the festival, taking place from 20 June to 1 July, puts a strong focus on new British films 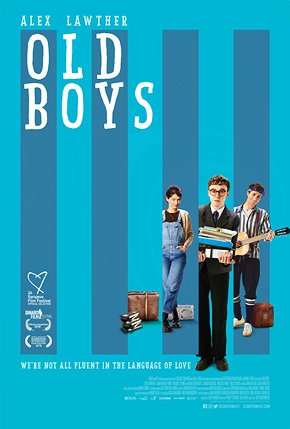 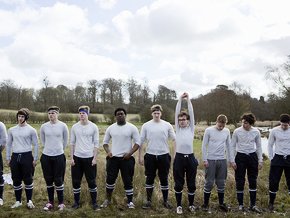 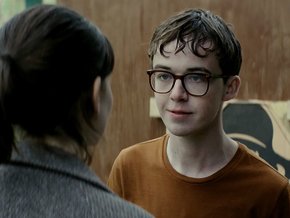 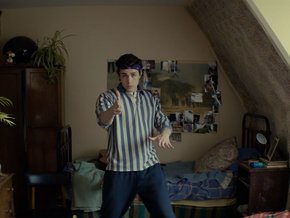 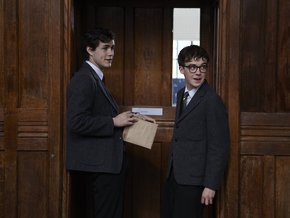