22/11/2018 - Asturian director Ramón Lluís Bande pays homage to the workers’ uprising of 1934 through the folk songs that commemorate this turbulent time, performed chiefly by Nacho Vegas

The local audience at the 56th Gijón International Film Festival erupted into applause following yesterday’s world premiere of Cantares de una revolución [+see also:
trailer
film profile], screened in the stunning Asturian city’s magnificent Jovellanos theatre. A rousing and deeply political film, the latest offering from Ramón Lluís Bande (El nome de los árboles [+see also:
trailer
film profile]) was described by the director himself in his pre-screening talk as a musical. Indeed, the entire film is structured around the musical legacy left by the workers’ revolts that took place in Asturias in 1934, confronting incipient fascism with an assertion of republican values. Here, this folk inheritance is given a new interpretation by a choir and the musician Nacho Vegas.

While in most musicals the songs are paired with choreography to make for a more dynamic visual experience, in Canciones de una revolución there is hardly any motion at all. The camera soaks up the performances of the singers and orators from a static frontal position, sometimes shifting to contemplate them from behind or from a sly angle, deferring entirely to the music, the lyrics (mostly in Spanish, although some sound like they could be in Asturian) and the odd political harangue. Nevertheless, this is not your typical musical; it’s a film that uses music and lyrics to champion socialism’s democratic values in the face of the malignant advance of the extreme right — a phenomenon we see unfolding today, in much the same way as it did last century in the years leading up to the Spanish Civil War.

The film is divided into segments, separated by black intertitles set on a red background quoting the words of various ringleaders of the uprising, including Belarmino Tomás and Aída de la Fuente. Bande places his performers among local veteran union activists, filming in many of the places where the revolt and subsequent repression took place, such as the University and model prison in Oviedo. A number of historical photographs (in black and white, of course) are silently interspersed with the musical numbers by Vegas and the choir, serving both as a visual complement to the songs and a means of transporting the audience back in time to this particular moment in history. The fact that the sound was recorded live also gives us a sense of the soul of these places, the battlegrounds of young men, highlanders and miners.

Overall, Cantares... offers a much-needed vehicle for historical memory. However, there is a risk that its formal fixity and bold narrative concept could seem monotonous to audiences looking for a cinematic experience that’s more than a visual compilation of a musical legacy and a few texts; even if those texts are intended to tell the true story and debunk the official versions that those in power have sought to impose at many points in history — not only in Spain, but in many other countries as well.

Cantares de una revolución was produced by De la Piedra Producciones, which will also be managing its distribution. After Gijón, you can catch it at the eighth edition of the Márgenes festival.

“It’s a bit of a collaborative effort”

We interviewed Tito Rodríguez, head of FICX Industry days — the professional platform at the Gijón International Film Festival, now into its second year

Asturian director Ramón Lluís Bande pays homage to the workers’ uprising of 1934 through the folk songs that commemorate this turbulent time, performed chiefly by Nacho Vegas

The movie by the Greek filmmaker will fire the starting pistol for nine intense days of quality cinematic offerings in the beautiful Asturian coastal city, where a total of 180 films will be screened 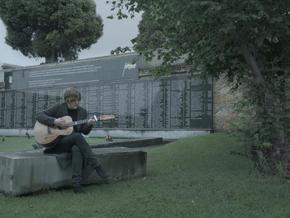 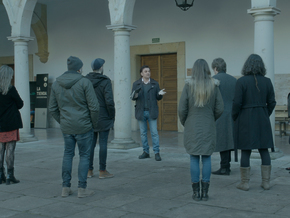 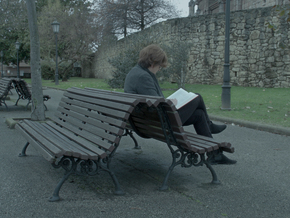