The International Panorama of the 40th Cairo International Film Festival (20-29 November) is playing host to a screening of Belgian director Bernard Declercq’s second fiction feature, Dissonance [+see also:
trailer
interview: Bernard Declercq
film profile], which is based on the novel Côté Jardin by Alain Monnier. The thriller uses a highly fragmented narrative to paint the portrait of a beautiful but fragile woman, her oppressive and jealous husband, and one of the many so-called “butterflies” who have had the misfortune of being drawn to her charms.

Françoise (seasoned French stage actress Moanna Ferré) has been trapped in a precarious marriage to the calm and calculating Doctor Lepage (French actor Pascal Greggory) for three years. Jealousy and bitterness seem to be par for the course in their relationship, as Lepage has his wife followed everywhere she goes. He knows full well that she has had a string of affairs, but her latest beau, Jacques (Dardenne brothers regular Fabrizio Rongione), proves to be the last straw, as Lepage goes after him and takes revenge in premeditated, sinister and frankly diabolical fashion.

As we jump around in time, with the main narrative spanning a few months, the story is relayed in a broken and fragmented way, with the director (who also wrote the screenplay) gradually filling in the blanks that had previously been left out. Scenes are replayed from different perspectives, and sometimes sequences are repeated then extended slightly in order to drip-feed us slivers of new information. Nevertheless, we return to the same plate shot of the married couple’s house over and over again throughout the film, which serves as a kind of anchor for the story.

Perhaps the fact that the movie clocks in at just under an hour and a half, and many scenes are repeated within that short time frame, is part of the reason why the characters lack depth, as we never really get to know them and they remain cold and aloof. Ferré gives a decent performance, her unwavering wry smile always hinting that she knows something vital that we don’t, and she tries hard to breathe life into a woman who seems confident and in control, but who is actually vulnerable and highly dependent on others to give her a feeling of stability. Rongione, on the other hand, is chronically underused, as he spends much of the film in a state where his acting skills are not given the opportunity to shine. In addition, some of the physical encounters between the characters tend towards the unconvincing.

CL Zvonock’s cinematography is sumptuous and striking, with the colour and warmth of the outside world contrasting effectively with the sterile, whitewashed interiors of the couple’s house and the hospital where Jacques is being kept. But unfortunately, the overall effect of the film flirts with TV movie territory, with unremarkable dialogue and too many medium shots. There don’t seem to be any major revelations contained in the extra pieces of information we receive as we retread parts of the story, and while there is some skilful editing courtesy of Oscar Dupagne and Declercq himself, which keeps things chugging along nicely, the narrative is simply not compelling enough to hold our attention for long. As Jacques says to Françoise while they are out fishing, “We just have to wait. I told you this needed patience.”

Dissonance is a Belgian production by Brussels-based Survive Films and Les Films du Carré in Liège. The local release was handled by Athena Films in the summer.

Meeting with the Belgian director Bernard Declerq on the filming of his new feature-film, Méprises 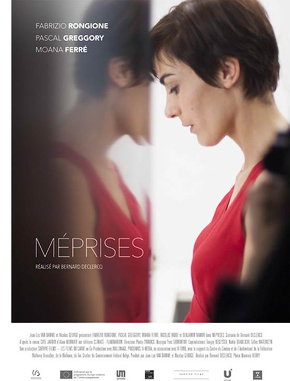 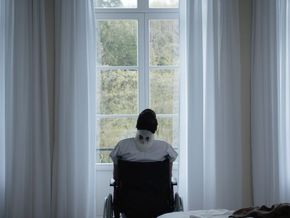 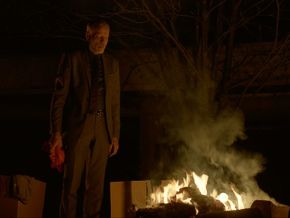 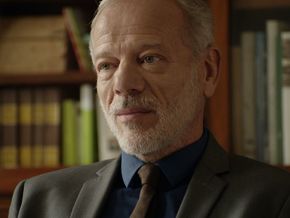 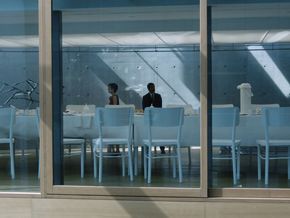