28/11/2018 - One of the lightest films in Tallinn’s Official Selection embraces its darker side, but with decidedly mixed results

Hannu-Pekka Björkman in The Human Part

Juha Lehtola’s satire The Human Part [+see also:
trailer
interview: Juha Lehtola
film profile], being shown as part of the Official Selection at the Tallinn Black Nights Film Festival, is a truly odd beast – based on a popular novel by Kari Hotakainen, it actually feels more like yet another remake of Giuseppe Tornatore’s 1990 feature Everybody’s Fine, which saw a neglected patriarch played by Marcello Mastroianni (or, in the 2009 version, Robert De Niro) deciding to pay a surprise visit to his – supposedly – very busy children. They were all struggling to keep up with the many lies they had been repeating for years and harbouring various secrets, be it a personal failure, lack of financial success or even their hidden sexuality.

Here, there are two parents. And while the mother, Salme (Leena Uotila), seems to be rather forgiving as far as her three grown kids are concerned, the “country bumpkin” father, Paavo (Asko Sarkola), says all the wrong things – even to the extent of putting his daughter’s relationship with another woman in serious jeopardy.

Already eyeing a Christmas release in Finland, with its family-friendly concept that brings all of the estranged characters together, The Human Part certainly has its moments – scenes with siblings struggling to remember people they actually grew up with feel brutal yet sadly quite realistic, and it’s easy to see the influences of Billy Wilder, whose movies Lehtola reportedly binged on before making his feature. But there is no denying that the end result itself feels wildly uneven, with moments of real emotional weight frequently undercut by concepts that frankly wouldn’t look out of place in a sitcom, perhaps betraying the director’s deeply entrenched TV roots. When a cartoonish supporting character suddenly shows up, seemingly just to ruin an almost-achieved balance, the contrast is jarring. Especially because even with such unnecessary additions, it’s relatively easy to care for these crazy people.

This is mostly thanks to the cast of recognisable Finnish actors, doing what they can with underwritten roles. But instead of being a three-hander, The Human Part is, in fact, Hannu-Pekka Björkman’s playground. An actor who is almost scary in his intensity and filmed in close-ups as punishing as the situations he finds himself in, as a bankrupt former CEO of an IT company he goes from humiliation to an almost unbearable desperation in a matter of minutes, and then… suddenly swerves right into farce. As his character’s brilliant plan of crashing funerals for the free food suddenly goes wrong or – God have mercy – he has to pretend to be a chicken while completely naked, it quickly becomes obvious that this is not a role – it’s an acting showreel, underlining just about every ability Björkman has accumulated over the years. And while watching him here makes one sweat nervously, there is no denying that it’s an impressive, all-in performance – which is sadly weighed down by his director’s tendency to over-embellish.

Produced by Misha Jaari and Mark Lwoff, of Finnish outfit Bufo, and co-produced by Timo Lahtinen, of Denmark’s Smile Entertainment, The Human Part’s local release is handled by B-Plan Distribution. The film was funded by the Finnish Film Foundation and was made in co-production with Yle.

more about: The Human Part

"We kept talking a lot about how men are behaving"

We met up with Finnish director Juha Lehtola to discuss his film The Human Part, presented in competition at the Black Nights Film Festival

One of the lightest films in Tallinn’s Official Selection embraces its darker side, but with decidedly mixed results 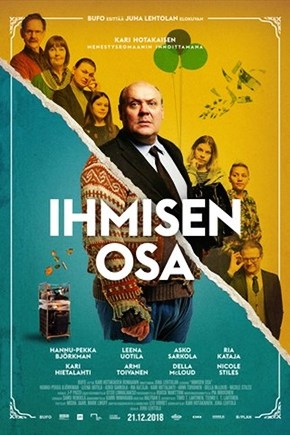 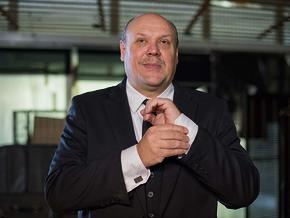