29/11/2018 - Slovenian filmmaker Miha Mazzini's first feature is a motherhood drama with a strong social and political angle, and an excellent performance by its star, Judita Franković Brdar

Miha Mazzini is a well-established author and screenwriter in Slovenia, but only now, at the age of 57, is he debuting with a feature-length film, Erased [+see also:
trailer
interview: GoCritic! Interview: Miha M…
film profile], which had its international premiere in Tallinn Black Nights' First Feature Competition. It is a drama about a new mother struggling with bureaucracy in order to keep her child and her own identity.

When Slovenia separated from Yugoslavia in 1991, more than 25,000 of its citizens who were born in other republics of the disintegrating country were erased from the system, leaving no government records of them. Our protagonist, kindergarten teacher Ana (Croatian star Judita Franković Brdar, who scooped the Best Actress Award at the Festival of Slovenian Film in Portorož), is one of them: she was born in Kragujevac, Serbia, and moved with her parents to Slovenia when she was a child.

The film opens from Ana's angle, in a very impressionistic manner: she is in a taxi on her way to the hospital to deliver her daughter. It is night, it is raining heavily, and we see detail shots of her hand on her belly or her bright, excited eyes, while we hear reports about war in Croatia on the radio.

At the front desk of the maternity ward, she gets her first nasty surprise: the nurse cannot find her in the computer. Nevertheless, they still admit her, and she gives birth to a healthy baby girl – but she is not even allowed contact with the child. The daughter, having been born in Slovenia, automatically becomes a citizen and the mother is now an illegal alien. Luckily, Ana's former neighbour, medical student Tanja (Doroteja Nadrah, from History of Love [+see also:
film review
trailer
interview: Sonja Prosenc
film profile]), is an intern in the hospital, and she sometimes manages to sneak Ana in to breastfeed her daughter.

Ana is taken from the hospital to the police station, where an inspector explains the red-tape issues in the simplest terms, and despite his harsh appearance, he is sympathetic to her problem. But the law is the law, and Ana has to regulate her legal status. When she attempts to do so in a public service office, the clerk snatches her ID right out of her hand and cuts it in half with scissors. She has now lost her identity – both officially and metaphorically, as Serbian DoP Dušan Joksimović zooms up from a low angle on the clerk's counter to her bewildered eyes.

Ana does not want to reveal the identity of the father but is forced to ask for his help. He is a married big-shot businessman, played by (the very typecast) Sebastian Cavazza, who did not even know they had a child. But he tries to get her story into the media, as there is no legal recourse barring him from divorcing his wife and marrying Ana – which even she does not want him to do.

Erased is a well-written, straightforward story that benefits most from Franković Brdar's performance, which is both fully dedicated and finely nuanced in exactly the right places. Joksimović's cinematography captures rainy and foggy Ljubljana exteriors in a way that makes Ana's feeling of isolation reach deeper, beyond the strictly narrative points. The elaborate orchestral score by Jura Ferina and Pavle Miholjević gives the film a wider scope, helping to transport the audience to the place and era in which such events were possible and actually happened. Economically introduced side characters, such as Ana's parents and a young Bosnian man who is in a similar predicament to her, also push the universality of the film's topic to a higher level.

Erased is a co-production between Slovenia's Gustav Film, Croatia's Kinorama and Pakt Media, and Serbia's Delirium. Germany's Pluto Film has the international rights.

"Somebody had to tackle this subject, and obviously it was me"

At the Trieste Film Festival, GoCritic! sat down with Slovenian filmmaker Miha Mazzini to talk about the tricky subject he deals with in his latest film, Erased

Slovenian filmmaker Miha Mazzini's first feature is a motherhood drama with a strong social and political angle, and an excellent performance by its star, Judita Franković Brdar 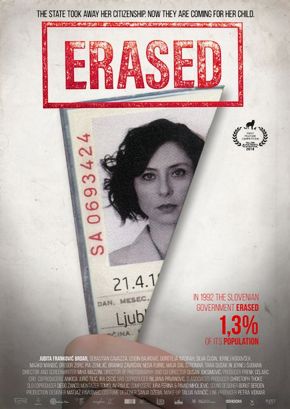 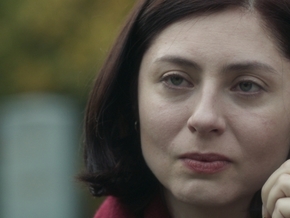 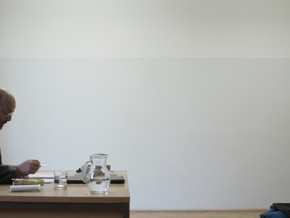 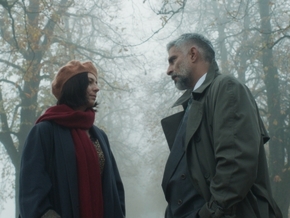 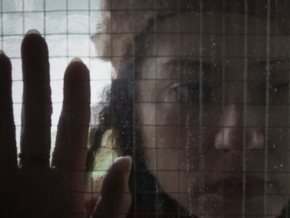 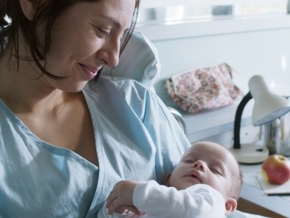 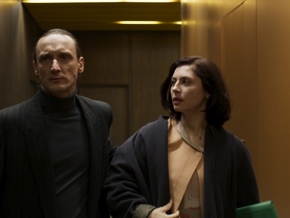 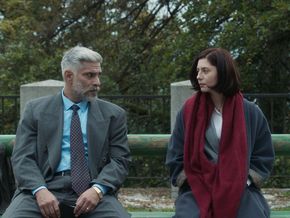