29/11/2018 - After the acclaimed Perfidia, Bonifacio Angius returns to the big screen with a compelling and melodramatic second feature, with a couple of eccentric and magnetic characters to boot

Alessandro Gazale in Wherever You Are

Angius’ first film, Perfidia [+see also:
trailer
film profile], was selected in competition at Locarno Film Festival in 2014, going on to win the Young Jury Prize, before starting an amazing journey travelling to various international festivals. With his second feature film, Wherever You Are [+see also:
trailer
film profile], presented at the 36th Torino Film Festival, the 36-year-old Sassari-born director, Bonifacio Angius confirms his visceral talent for stories about life on the margins of society, placing an improvised pair of fugitives at the heart of his film, a man and a so-called borderline woman, who meet by chance on a hospital ward and, having reached a crossroads in their lives, decide to travel together along the sunny roads of Sardinia, chasing a second chance.

On paper, the theme of a crazy on-the-road trip, starring characters with mental health issues, brings to mind films such as Like Crazy [+see also:
film review
trailer
Q&A: Paolo Virzì
film profile], while odd love between misfits, obsession and a desire for redemption are somewhat reminiscent of the winning film at Torino Film Festival just last year (Don't Forget Me [+see also:
film review
trailer
film profile]). But Angius’ film manages to find its groove, a mixture of vitality and despair, bitterness and irony, which creates both a light-hearted and compelling atmosphere that shows deep respect for its characters, played two protagonists (Alessandro Gazale and Francesca Niedda) who burst to life on screen, never portrayed as "likeable practical jokers," but instead representing immense contradictions and inner chaos.

Alessandro is a fifty-year-old B-series singer, dressed head-to-toe in denim, a bit of a cowboy, a playboy and an alcoholic who still lives at home with his mother, while Francesca is a young mother with drug problems, small in stature but with immense eyes, whose five-year-old son Antonio has been taken into care (the veracious and adorable Antonio Angius, son of the director). Their first joking exchange at the hospital is one of those moments that makes you fall in love with the characters instantly, getting us totally on their side for the rest of the film. Their spontaneity and infantilism are contrasted with frightening and harrowing shots of anger, with actions so impulsive, you never know where you’re headed next. Francesca wants to pick up her son at the care home and hop on a ferry to Barcelona, so Alessandro decides to help her out because, as he says, "it's the only sensible thing in my life".

"An anarchic film in spirit, which aims to question the rules," defines Angius, specifying that he is not so much interested in mental illness itself, but more "the reaction of human beings to their own experiences." It's a film that revolves around its characters, "the sort of film that made me fall in love with cinema when I was a teenager, full of loneliness, revenge, losers, love, madness, melodrama and a soundtrack as a primary element.” This is certainly what the Sardinian director is proposing with his second film, which is inspired by 1970s American classics such as Rocky and One Flew Over the Cuckoo's Nest.

Wherever You Are is the perfect example of popular, deep and adventurous cinema, capable of reaching any audience.

Produced by Andrea Paris and Matteo Rovere for Ascent Film (which is also distributing the film) with RAI Cinema, the film is being released in Italian cinemas today, 29 November. International sales are being handled by Fandango Sales.

more about: Wherever You Are

The best of recent Italian cinema returns to London from 26 February to 3 March, with Loro by Paolo Sorrentino due to kick off the festivities

After the acclaimed Perfidia, Bonifacio Angius returns to the big screen with a compelling and melodramatic second feature, with a couple of eccentric and magnetic characters to boot 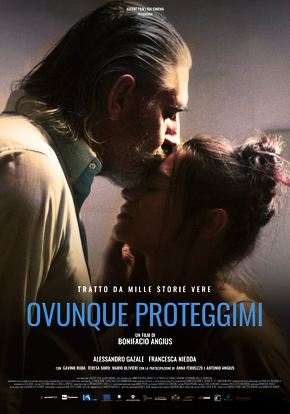 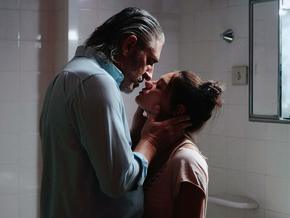 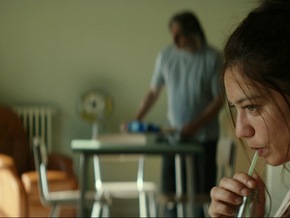 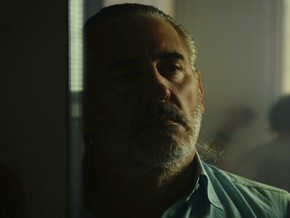