03/12/2018 - The winner of the Estonian Film Competition at Tallinn is the first feature-length documentary by Jaanis Valk, about a forgotten seafarer who was a star in his day

Ahto is the name of the Estonian pagan god of the ocean. It is also the name of one of the country's most intriguing public personalities of the 20th century, Ahto Valter, who sailed around the world between 1938 and 1940 with an eight-person crew on a 70-tonne schooner – which was also named Ahto. This man and his story are the focus of the first feature-length documentary by Estonian filmmaker Jaanis Valk, Ahto. Chasing a Dream [+see also:
trailer
film profile], which has just triumphed in the Estonian Film Competition of the 22nd Tallinn Black Nights Film Festival (see the news).

As Valter was a star in his day, his announcement that he was looking for a crew in New York City in 1938 attracted a great deal of media attention, and Kodak gave him plenty of black-and-white and colour film stock as a present, which Canadian crew member Morson MacRae used to document their adventure.

In making his film, Valk used these materials and combined them with copious and detailed writings found in diaries and letters penned by both Ahto and his father, Rudolf, which are delivered as a voice-over by two actors, father and son Lembit and Marius Peterson. More poignantly, Valk interviews Ahto's son, Teddy, who also took part in the trip and boarded the ship together with his mother Margaret, at just 18 months of age.

Thanks to the available footage, Valk and his co-editors, Erik Norkroos and Kersti Miilen, manage to weave a story that is not only a record of an adventure, but also a way of documenting an era. When Ahto decided to travel to the USA in order to work in construction and make enough money to buy a boat that he would first use to cross the Atlantic, it was 1921, and by the time he actually did so, Charles Lindbergh had flown from New York to Paris, and Alain Gerbault had completed his solo sail around the world. At one point in the film, Gerbault's and Ahto's paths cross.

During those years of heroic achievements, when "men were men" and women started gaining an influence they'd never had before, Western society was going through changes that Valk's film takes great pains to remind us of, in a range of creative ways. For instance, take Ahto's wife, a socialite he was introduced to at a New York yacht club, who agreed to board the boat with their baby boy. Or consider how some members of Ahto's colourful crew believed a spell of bad weather was brought on by the decision to play the "blasphemous" Benny Goodman version of "Loch Lomond" on the gramophone they had on the boat – and that maybe their luck would change if all the men were to shave their beards.

After Ahto and his crew meet a tribe of cannibals in Vanuatu and part of the crew switches in Australia after a mutiny in Galapagos, the boat arrives in Bali, where they hear about the Hitler-Stalin pact… And in Java they catch the famous speech by the King of England declaring war on Germany. Ahto Valter's dream of sailing around the world on his own, like Gerbault had done, had to be postponed for a later date, but he did manage to get back to New York City with his crew in May 1940.

Ahto. Chasing a Dream is a thoroughly researched, meticulously edited and perhaps even overly polished documentary that is insightful, thought-provoking and engaging in equal measure. It was produced by Estonia's Rühm Pluss Null.

more about: Ahto. Chasing a Dream

The winner of the Estonian Film Competition at Tallinn is the first feature-length documentary by Jaanis Valk, about a forgotten seafarer who was a star in his day

The Colombian-French film has won Best Film and Best Music in the Official Selection, while other awards went to Head Above Water, As I Fall, Summer Survivors and Werewolf 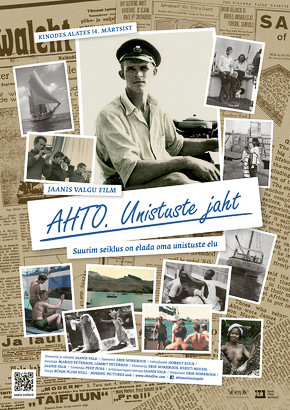 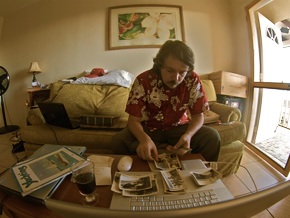 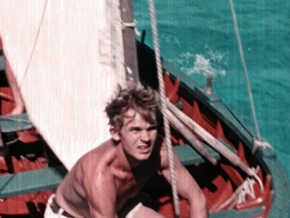 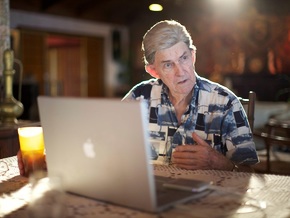 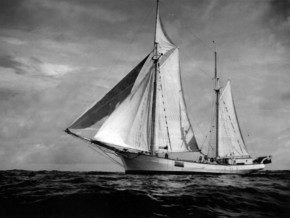