06/12/2018 - After closing the 36th Torino Film Festival, Nanni Moretti’s documentary about Chile arrives in Italian cinemas, using a sober evocation of the 1973 coup to talk about modern Italy

"It was a country in love with Allende and what was happening. It was fantastic, it was right, it was nice." Starting from the three years of Salvador Allende's socialist utopia, here in the words of the filmmaker Patricio Guzmán, Nanni Moretti's reconstruction of the 1973 Chilean coup in his documentary Santiago, Italia [+see also:
trailer
film profile], closed the 36th Torino Film Festival. But the director of The Caiman [+see also:
film review
trailer
interview: Jean Labadie
interview: Nanni Moretti
film profile] also uses the dramatic event – in which the South American country brutally transitioned from democracy to dictatorship – to talk about Italians and modern Italy, or rather what Italy once was and what it has become in the face of people fleeing war-torn countries.

Workers, professors, journalists, artisans, translators, diplomats, directors: Moretti constructs a mosaic of varied accounts, in a narrative flow of voices that intertwine with archival materials and blend into one single story, both rigorous and alive, about a time in which Chilean citizens experienced something that had been unthinkable until then: soldiers dropping bombs on their own government buildings, housing their beloved democratically-elected president. The film recounts memories of persecution, electric-shock torture to the genitals and insane experiences, such as an episode recounted by the journalist Marcia Scantlebury, during which her pregnant torturer asked her to help her make a sweater for her baby, and she found herself holding knitting needles knowing she could be killed at any moment – somehow she is able to laugh about it today.

The heart of the story, however, comes more or less in the middle of the film, when the Italian embassy enters the picture, one of the few to remain open in Santiago following the coup. We hear about the daring jumps of hundreds of terrified Chileans looking to hop the wall and seek asylum. "They didn’t enter the normal way. They turned up and jumped inside," recalls the diplomat Piero De Masi, "my ministry gave me no instructions, so I decided to let them all stay." A two-metre high wall, with bricks removed here and there to create a sort of ladder, walks around the embassy waiting for the right moment to jump, swaddled children carried high above heads because, sooner or later, someone from inside will reach out and take them, these are the sorts of images that you don’t just see, they end up etched into your memory.

Finally, there's a trip to Italy. Hundreds of Chilean political refugees were welcomed to Italy, where they found the warmth and support of both political parties and ordinary people and were given money and jobs, especially in the so-called "Red" Emilia, where 70% of citizens voted for the PCI (Italian Communist Party). "Back in '73 Italy was a wonderful country," says Rodrigo Vergara, a translator. "I arrived in a country that was very similar to what Allende dreamed of creating at that time," confirms entrepreneur Erik Merino, "these days Italy is becoming more and more like Chile, in the worst way possible."

To some people, the comparison with the current migration crisis may seem forced: the numbers and ideologies are different. But the human factor remains: audience members will leave Santiago, Italia with a broken heart because such instinctive solidarity seems to belong to another world today, and remembering it is more vital than ever. "I am not impartial," says Moretti in an emblematic off-camera conversation with a Chilean military man, who is still in prison and disputes his interview's lack of objectivity. Of course, us audience members already know that, and we love him for it.

Santiago, Italia was produced by Sacher Film - Le Pacte with RAI Cinema and Storyboard Media (Chile) and is being distributed in Italian cinemas by Academy Two on 6 December.

Beniamino Catena’s first work embarks on a poetic search for possible synchronic connections between space and time, but is ultimately too confused to satisfy sci-fi fans

Shooting kicks off today in Rome on the director's thirteenth film, an adaptation of the eponymous novel by the Israeli writer Eshkol Nevo 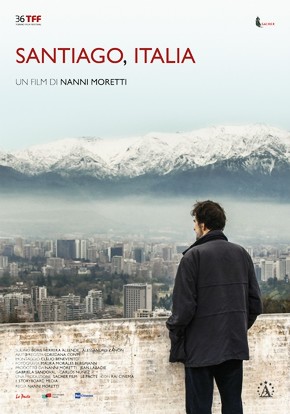 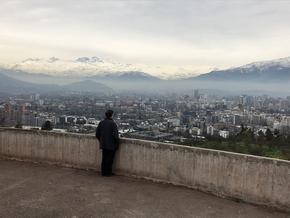 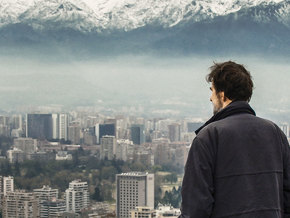 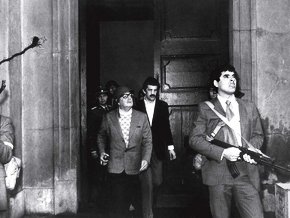 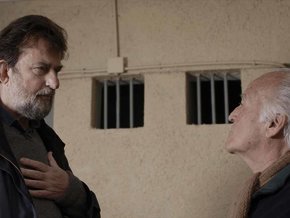