Review: A Shelter Among the Clouds

07/12/2018 - Albanian filmmaker Robert Budina's second feature has a beautiful message, but it's hindered by an overly direct delivery and excessive exposition

The second feature by Albanian filmmaker Robert Budina, A Shelter Among the Clouds [+see also:
trailer
interview: Robert Budina
film profile], which world-premiered in Tallinn Black Nights' Official Selection, is a case of noble intent hindered by an apparent need to deliver a positive message without a shred of ambiguity.

The film opens with a magnificent vista of Albanian mountains, lensed in all their glory by great Romanian DoP Marius Panduru. Accompanied by the melancholy, vaguely oriental acoustic guitar from composer Marius Leftărache, our hero, a shepherd with a slight intellectual disability, Besnik (Arben Barjaktaraj, who made a name for himself in Hollywood with roles in the Harry Potter movies), is making his way towards the camera with a herd of goats. It is an idyllic setting: in a semi-wide shot, we see elders drinking tea and kids playing football on a makeshift pitch. Soon, the mullah calls for prayer, and villagers slowly make their way to the mosque, which looks like just another old, ramshackle house with a wooden tower attached.

When Besnik notices a crack in the plaster in the mosque wall and starts picking away at it, he realises there is something underneath. And almost immediately – which feels like the next day in cinematic time – two ladies from a restoration institution arrive to inspect it. The mullah protests that they are not allowed in, as their heads are not covered, but Vilma (Esela Pysqyli) and her colleague have approval from the government. They discover that it used to be a Catholic church until 1470, and after it was turned into a mosque, the grand vizier had allowed Catholics to use it once a week. Besnik, in his simple and direct way, suggests they should bring the principle back, which will become one of the central plot points.

Meanwhile, we meet Besnik's ailing father, Fadil (Bruno Shllaku), and his siblings who come to visit with their families: Alban (Osman Ahmeti), who converted to the Orthodox religion so he could marry and work in Greece, and Fitore (Irena Cahani) with her husband from Tirana. All of this, including the fact that Fadil's wife was Catholic, and that Fadil himself became a communist and a follower of Enver Hoxha, is spelled out in dialogue at one family lunch, after Fitore's (Muslim) husband accidentally almost takes a sip of Alban's wine, and the father orders a reshuffling at the table so as to avoid such blasphemy.

This is the level of directness that Budina uses to send his honestly positive message, and it even extends to the relationship that develops between Besnik and Vilma. The city girl is taken by the shepherd's simplicity and purity, both of which imply a closer connection to God – how did he discover the church beneath the mosque in the first place? And his wooden carving of a nameless female figure is another, more tactile and titillating invitation, at least in Vilma's eyes.

With all of these big themes, the top-notch tech credits and some very intense acting from all the thesps, but especially Barjaktaraj with his salt-and-pepper beard and piercing, blue eyes, A Shelter Among the Clouds positions itself as a very serious film, notwithstanding a few clumsy jokes and several genuinely tender moments. While it certainly has a cinematic quality, this solemnity is turned inside out by the overly literal approach to its topics – to the extent that it is hard to actually take it seriously.

A Shelter Among the Clouds is a co-production by Albania's Erafilm Production, and Digital Cube Romania. Germany's Pluto Film has the international rights.

more about: A Shelter Among the Clouds

Interview: Robert Budina • Director of A Shelter Among The Clouds

"It's not religion that divides people, but our different interests that use it"

Albanian director Robert Budina discusses his second feature, A Shelter Among The Clouds, world-premiered in the Official Selection at Black Nights

Review: A Shelter Among the Clouds 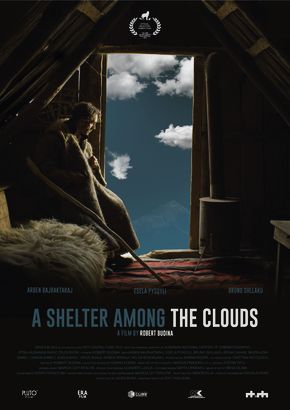 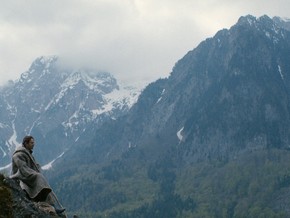 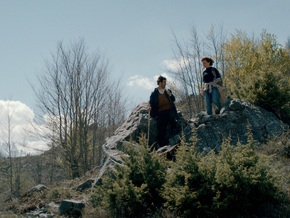 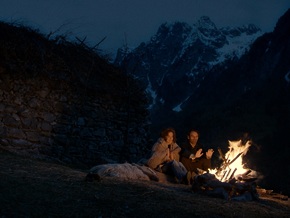 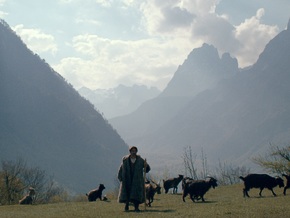 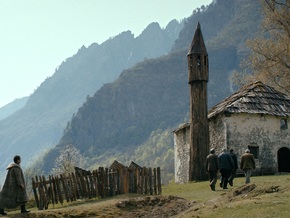 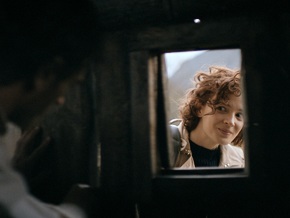 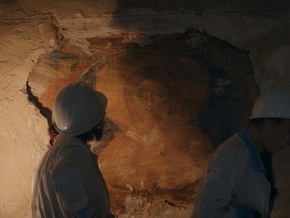 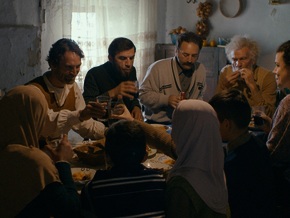