In Michael Moore’s 2015 documentary Where To Invade Next, the American director travels to Tunisia following the so-called Jasmine Revolution and lauds the country’s parliamentary democracy. Moore is enamoured by the insistence that political parties should field an equal number of male and female candidates. As with so many things in that polemical film, Moore was criticised for picking and choosing his policies and not looking at the more complicated overall picture in the North African country.

Set in 2013, a year of high-profile assassinations and terror attacks, the film begins with Brahim’s arrival at the airport. He’s returning to Tunisia for the first time in several years following the death of his son in a motorcycle accident. It is from his perspective as a liberal Muslim that we view the aftermath of the Jasmine Revolution. He’s shocked to see how his homeland has changed during his time in France. It’s immediately clear that while the protestors were able to bring about the end of the dictatorship of President Zine El Abidine Ben Ali and install parliamentary democracy, a heinous consequence of free speech is that it also allowed Salafists and those with extreme Islamic beliefs to flourish. Until 2015, mosques were not monitored for hate speech, and these groups were able to take advantage of the legal limbo to spread their violent interpretation of Islam throughout the country. The Tunisia that Brahim sees has become a philosophical battleground over how Islam should be interpreted in modern times.

On the liberal side is Brahim’s ex-wife, Loubna (Ghalia Benali), an author whose recent book and atheist beliefs have led to a fatwa being declared against her. She’s a resolute soul, whose grief for her son is accentuated by their falling out over his increasing radicalisation. When Brahim meets with the new imam in the mosque, he’s shocked by what is being preached.

Co-produced by the Dardenne brothers and their Les Films du Fleuve outfit, Fatwa plays out in a manner that has all the hallmarks of the Belgian Palme d’Or winners. As with much of the work of the Dardennes, Fatwa uses the determination of a single character to show the problems inherent in society. Brahim is convinced that the death of his son is not an accident, and he becomes a detective – but one who remains resolutely placid. His docility and failure to communicate his own beliefs are in stark contrast with those around him, as Fatwa argues that liberal voices in the Muslim world need to make their voices heard, despite media disinterest, before it’s too late – otherwise, the many advances made during the revolution will have been for nothing.

Cinergie met with the Tunisian director and screenwriter Mahmoud Ben Mahmoud to talk about his latest film Fatwa, co-produced by the Dardenne brothers 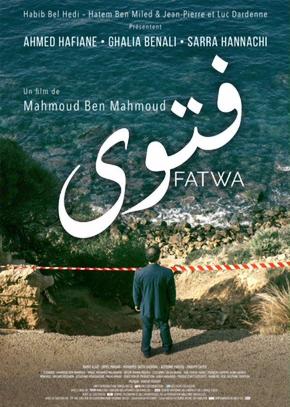 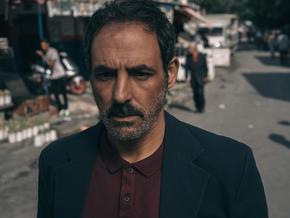