13/12/2018 - Stefano Mordini's noir, starring Riccardo Scamarcio and Miriam Leone, is presented as a sequence of conversations and flashbacks that ultimately fail to build the suspense the genre requires

In his famous conversation with François Truffaut, Alfred Hitchcock talked about the difference between surprise and suspense, pointing out that in order to create 15 minutes of true suspense, it's vital that the audience is perfectly informed of all the elements involved. When filming his noir, Il testimone invisibile [+see also:
trailer
film profile], a remake of Spanish title The Invisible Guest [+see also:
trailer
film profile] by Oriol Paulo, director Stefano Mordini and co-writer Massimiliano Catoni seem to have taken Hitchcock’s recommendations a little too literally. The film, produced by Warner Bros. Entertainment Italia and Picomedia – due to be released in Italian cinemas on 13 December by Warner – is comprised of a succession of news stories, trails, clues and assumptions that are woven together for the viewer, and requires a vast amount of concentration. The real challenge, however, is not discovering “whodunit” but making sure you don't fall asleep before the end of the film.

Riccardo Scamarcio, who starred as the passionate protagonist in Mordini's film, Pericle The Black [+see also:
film review
trailer
interview: Stefano Mordini
film profile] in 2016, playsAdriano Doria, a very successful forty-year-old businessman, who wakes up one morning in a mountain hotel room next to a dead body, as is often the case in thrillers. The lifeless body belongs to his young lover, Laura (Miriam Leone, At War with Love [+see also:
film review
trailer
making of
film profile]), who has been hit on the head by a metal object. The room is locked from the inside (see “The Murders in the Rue Morgue” by Edgar Allan Poe 1841), and when the police arrive, Adriano is obviously accused of murder, despite protesting his innocence. Under house arrest in his elegant apartment, Adriano must come up with a defence before he is interrogated in a few hours’ time, together with a specialist (and lateral thinking theory) sent over to him by his lawyer, the criminal defence lawyer Virginia Ferrara (Maria Paiato).

The film develops via an alternating sequence of flashbacks and conversations between Adriano and his lawyer Ferrara, who puts the young businessman under an increasing amount of pressure in order to get to the truth. The film’s most obvious references are to Hitchcock's The Paradine Case, Anatomy of a Murder by Otto Preminger, 12 Angry Men by Sidney Lumet, The Usual Suspects by Bryan Singer and A Pure Formality by Giuseppe Tornatore. Unfortunately, however, Il testimone invisibile has failed to learn a very important lesson from these masterpieces: creating suspense is all about immersing viewers in the action by forcing them to participate in it. And if "there is one thing that's more important than logic, it's imagination" (Hitchcock). Viewers should not be betrayed by implausible ingredients and a forced sense of non-logic making up part of a formal game (just two examples in Mordini’s film include the issue surrounding Laura stealing bank details and the coincide involving the gold lighter).

Il testimone invisibile's screenplay is so skewed and artificial that even the actors' performances are uncomfortable. There is no veiled attempt to reflect on evil, on the dynamics of human relationships or on the power of money. The film also fails to focus on certain regional aspects that have tended to enrich a lot of Italian literary noir films of late (all of which were great success) leaving the responsibility of geopositioning the film to Trentino’s wonderful settings. Nor does the film aspire to make reference to current genre trends, such as the Scandinavian thriller genre. Based on the Norwegian novel by Karin Fossum, The Girl by the Lake [+see also:
film review
trailer
film profile] by Andrea Molaioli– justifiably lauded over by the public and critics alike – relocated from the fjords to the Carnic Alps, using the genre’s narrative schemes to reflect on the Italian province, with constant attention to its actors’ performances.

more about: The Invisible Witness

The Italian director puts his name to a remake of French comedy The Players, this time starring Valerio Mastandrea and Riccardo Scamarcio, who is also producing the movie

BERLIN 2019: Top of the list is the thriller The Invisible Witness, while another box-office hit, The King’s Musketeers, has also piqued the interest of international buyers

The Italian sales company will be at the European Film Market’s Italian Pavillion with a line-up of various new releases: thrillers, comedies, a costumed adventure movie and a musical film 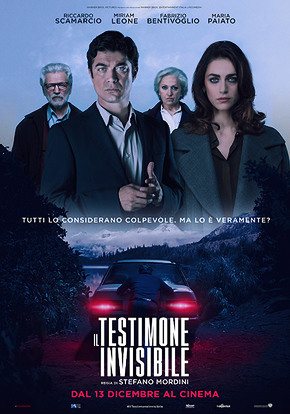 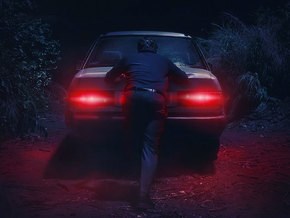