Review: The Distance Between Me and Me

23/01/2019 - Mona Nicoară and Dana Bunescu’s documentary focuses on the tumultuous life of the Romanian poet, Nina Cassian, an intellectual who was exiled from the communist regime

Nina Cassian in The Distance Between Me and Me

The Distance Between Me and Me [+see also:
trailer
film profile], presented in the International Documentary Competition at Trieste Film Festival and directed by Mona Nicoară and Dana Bunescu, is an engaging portrait of the lively Romanian poet, Nina Cassian, who survived history by shielding herself with her own art.

An uncomfortable intellectual by definition, Nina lived through fascism, communism, exile – as imposed on her by the regime in 1985 – and American capitalism, composing verses and music, before becoming a journalist, film critic and later a translator of Shakespeare, Bertolt Brecht, Paul Celan and others.

Mona Nicoară – originally from Romania and now a naturalised US citizen – is a humanitarian activist and director of the award-winning documentary Our School [+see also:
film review
film profile] (2011), about a group of Roma children in a village in Transylvania, created with Miruna Coca-Cozma. While Dana Bunescu received the Silver Bear at the Berlinale in 2017 for Best Artistic Contribution after she edited Ana, mon amour [+see also:
film review
trailer
interview: Călin Peter Netzer
film profile] by CălinPeter Netzer, having previously also edited and contributed to the sound design of The Autobiography of Nicolae Ceauşescu [+see also:
trailer
film profile] by Andrei Ujică (out of competition at Cannes 2010). Together, they have opted to portray Nina Cassian in a more ‘classical’ light in their new documentary: sitting in her living room in New York, cigarette perennially in hand, while she remembers and responds to the documentarians’ solicitations. A 1974 secret services report, which is shown at the beginning of the film, physically and intellectually defines Nina Cassian – a woman who was also referred to as the femme fatale of Romanian literature – as a ‘Dantesque figure.’ Her big nose 'divides her face into two parts’ – a feature that is soon forgotten when she speaks. ‘Fickle and versatile, she is a woman of the world. Poet, composer, painter, she is a lively spirit of unquestionable value [...] Her poetry is varied: socio-political, philosophical, erotic and ironic, rich in ambiguity and resistant to the passing of time, reflecting trends of contemporary international poetry.' The report resulted in Nina being subjected to personal surveillance' due her 'hostile behaviour and suspicious relations with foreign citizens.' Divided between the communist ideal and opposition to the Stalinist regime and then to that of Ceausescu, the poet found herself increasingly opposed by the party, despite managing to publish over 50 volumes of poetry.

Sat next to her American husband, Maurice Edwards – who was the artistic director of the Brooklyn Philharmonic for 40 years – Nina smiles proudly as she looks at black and white photographs of herself, belonging to a collection to be included in Adrian Păunescu’s televised literary review, to which he hopes she will contribute a poem. Blonde, slim, with four rounds of pearls around her neck and a floral sweater, as well as a sharp nose and chin and two very bright eyes, she says: 'listen, listen, listen, there is love without fear.'

At the age of 16, Nina joined the Young Communist Union, an illegal doing at the time given that Romania was a fascist country. 'I was ashamed of my delicate petite bourgeois hands, not used to manual work. I wanted to make myself invisible. I just wanted to join the masses, but trying to rid ourselves of our differences is a huge mistake.' She was soon seized by a mystical crisis, but a friend offered her a solution: Communism. She continued to write children's literature as an adult, even when the regime forbade metaphors and restricted the vocabulary of poets. Her first book of poetry was publicly stigmatised as formalist and decadent, in short, she became an 'enemy of the people.' She had many romances with poets, writers, and even a film director along the way, and on 15 April 2014, Nina died in New York, at the grand old age of 90. This film lovingly remembers her poems.

The Distance Between Me and Me is a Romanian/American co-production with a budget of €550,000 produced by Hi Film Productions and Sat Mic Film.

more about: The Distance Between Me and Me

Review: The Distance Between Me and Me

Mona Nicoară and Dana Bunescu’s documentary focuses on the tumultuous life of the Romanian poet, Nina Cassian, an intellectual who was exiled from the communist regime 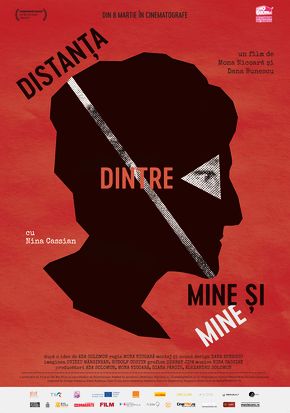 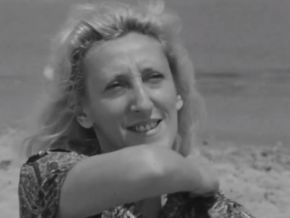 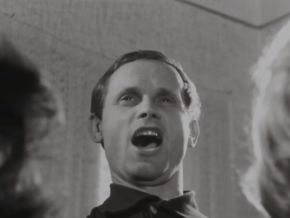 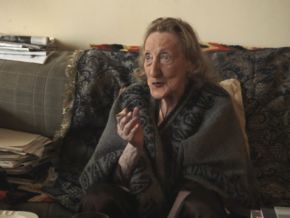 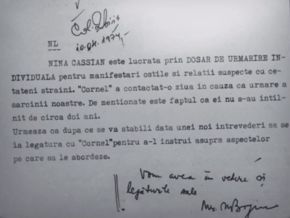 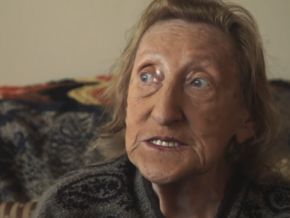 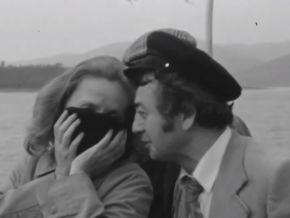